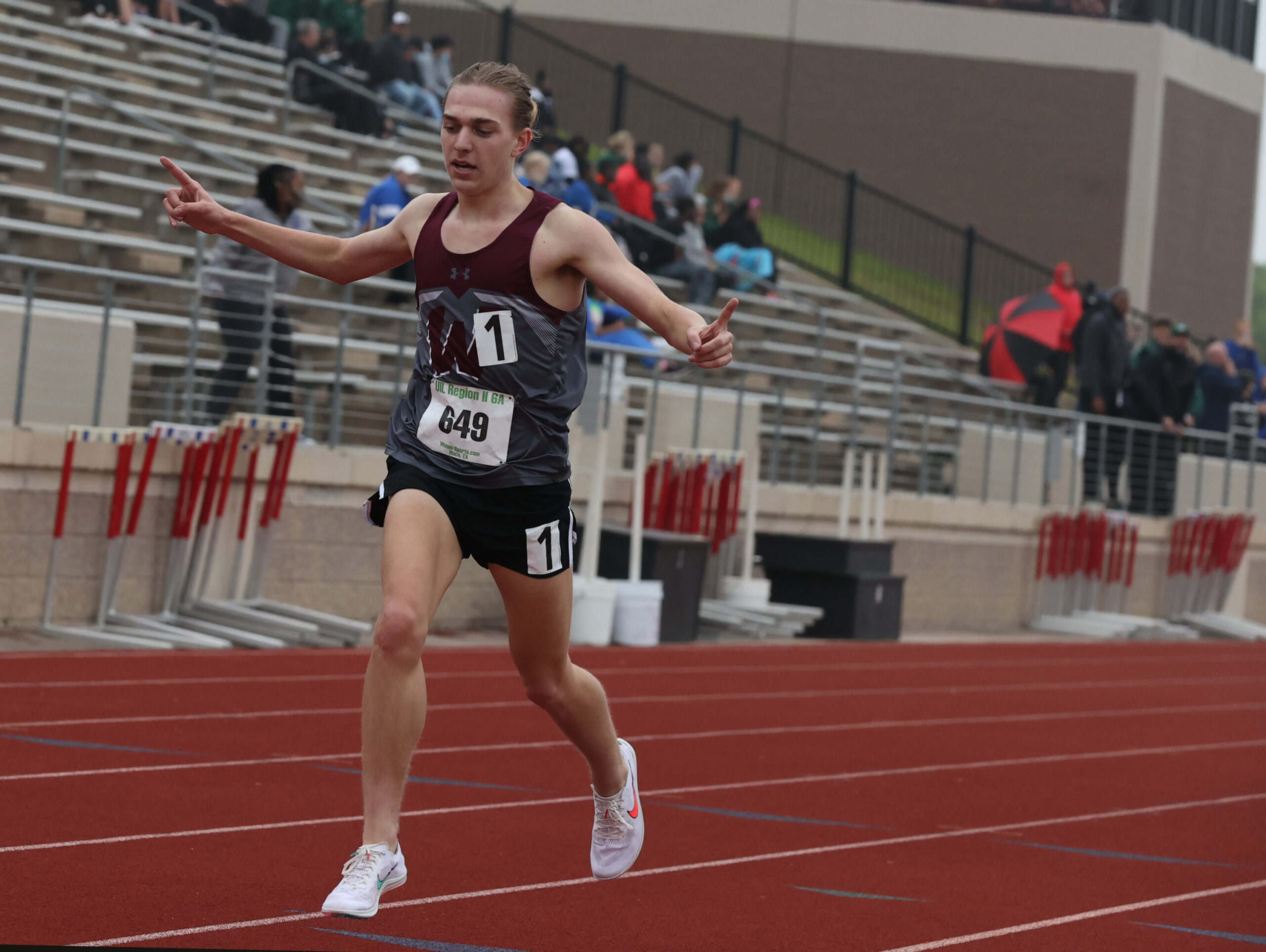 The Wylie Pirates track and field team saw great success throughout the season, and now has two competitors representing it at the state championships.

With the top two athletes in each meet automatically qualifying for state, the Pirates’ first qualifier came in the 100-meter dash. Logan Popelka finished second overall in the boys’ 100-meter dash (10.49) with a new personal record time. He finished just .29 seconds behind the winner out of Woodlands College Park.

Popelka also had a chance to qualify in the 200-meter dash, after finishing third in the preliminary heats (21.54), but had to pull out because of a hamstring injury. The Pirates then had two state qualifying times in long-distance running, both from Luke Lambert in the 1600-and 3200-meter races.

Lambert had a much more comfortable victory in the 3200-meter, finishing nearly six seconds ahead of the pack with a personal record ahead of his own (9:12.26).

Popelka and Lambert advance to the state championship, where they’ll compete on May 8 at Mike A. Myers Stadium in Austin.

See the full story in the April 28 edition of The Wylie News.

The Texas Department of State Health Services released updated COVID-19 information for May 1. All counts, except for hospitalized cases, are compiled from the TDSHS website. State officials listed no
View on Facebook
· Share

The Texas Department of State Health Services released updated COVID-19 information for May 1. All counts, except for hospitalized cases, are compiled from the TDSHS website. State officials listed tw
View on Facebook
· Share