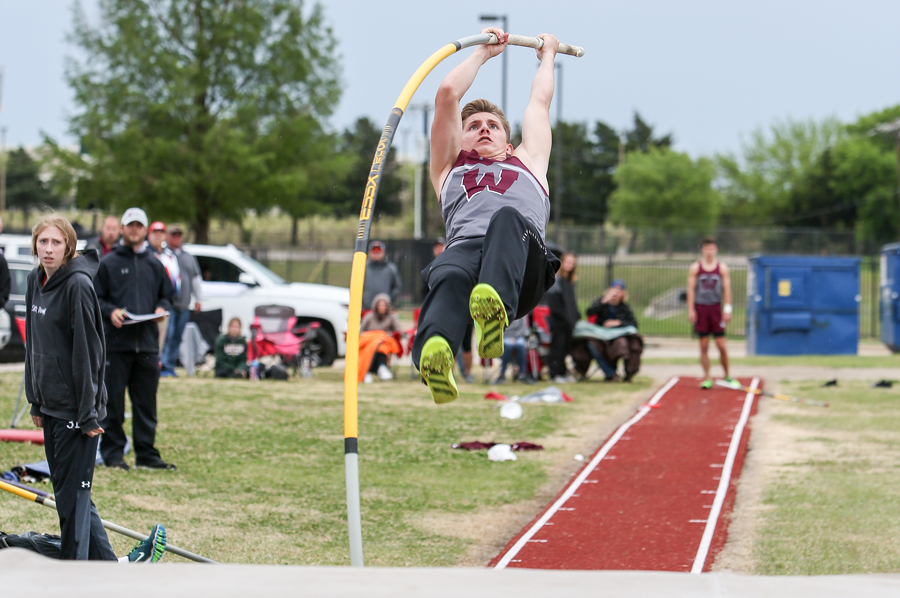 After a dominating perfor­mance at the District 9-10-6A track and field district champi­onships just a couple of weeks ago, Wylie showed a strong per­formance again.

Competing in the area meet between districts 9 and 10 at Rockwall High School on April 15, the Pirates track and field team once again took home first place. Wylie led the way once again with 134 points, while Ty­ler Legacy (89), Mesquite (70), Sachse (60) and Naaman Forest (59) rounded out the top five.

The girls track and field team also delivered a strong perfor­mance finishing second overall with 105 points. They finished behind Rockwall, who had 158 points, while Skyline (88), Sachse (74) and Tyler Legacy (45) rounded out the top five in the girls division.

With the top four qualifiers heading to the regional tour­nament next week, Wylie got things started the boys 100-me­ter dash, with Logan Popelka finishing first overall (10.91). As he has all season, Popelka also took home first place in the 200-meter dash (21.60), while his teammate William Perry also qualified in the 200, finish­ing in second place (21.66).

Trinity Washington contin­ued her strong season for the Lady Pirates, finishing in sec­ond place in the girls 100-meter race (12.49). She was just .02 seconds behind winning first overall at the area meet. It was just the second race all season that Washington did not finish in first place, ending as the run­ner-up in both cases.

For the full story, see the April 21 issue or subscribe online.

The Texas Department of State Health Services released updated COVID-19 information for April 20. All counts, except for hospitalized cases, are compiled from the TDSHS website. State officials listed
View on Facebook
· Share

After a 13-1 district record, a district championship and strong performances each and every game, the Wylie Lady Pirates soccer team is taking home some hardware.  With the District 9-6A All-Dis
View on Facebook
· Share