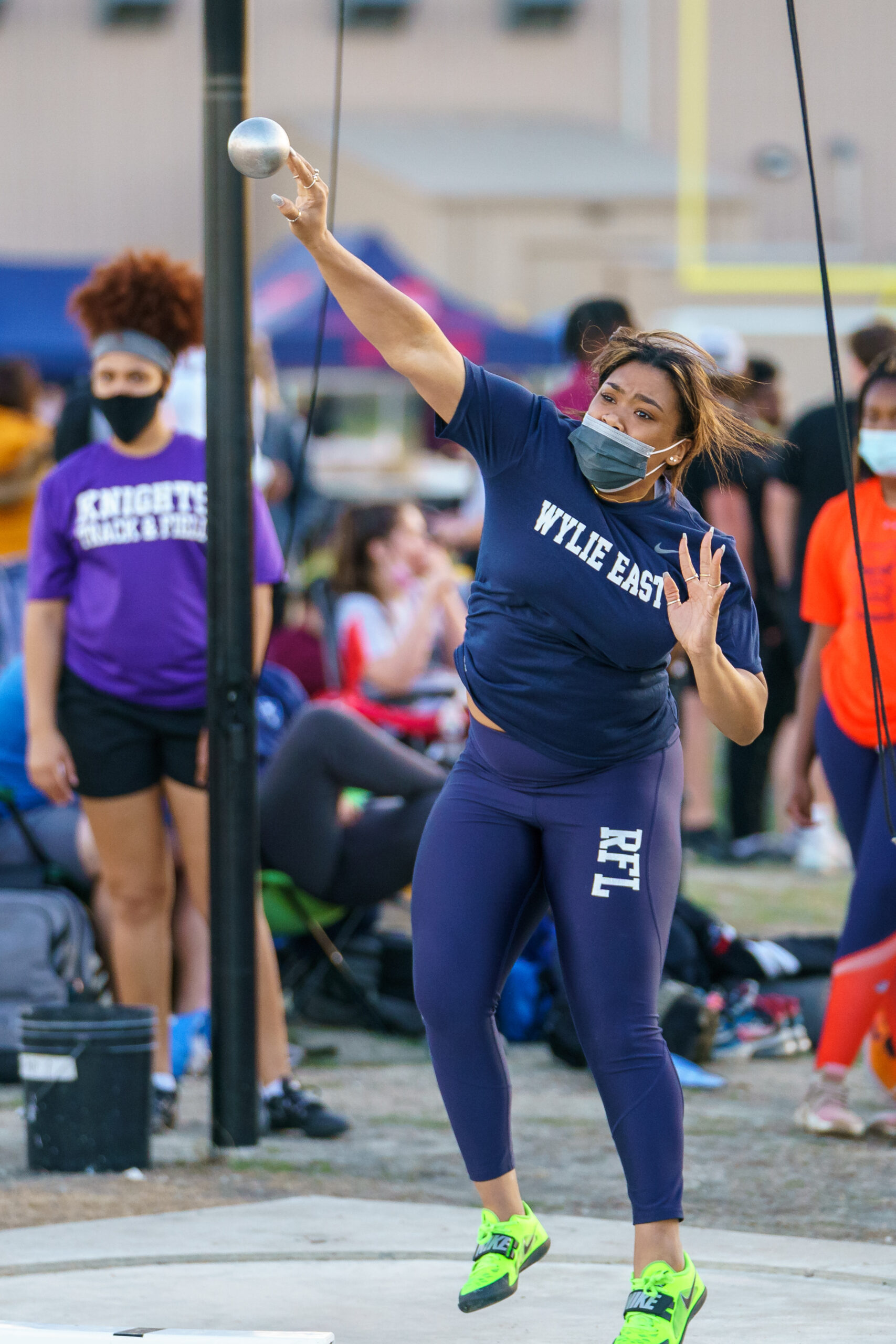 After a month of exhibition events, the Wylie East track and field team reached the finish line. Battling in Lucas, the Raiders competed in the district 10-5A competition in a two-day meet against their rivals Wednesday and Thursday.