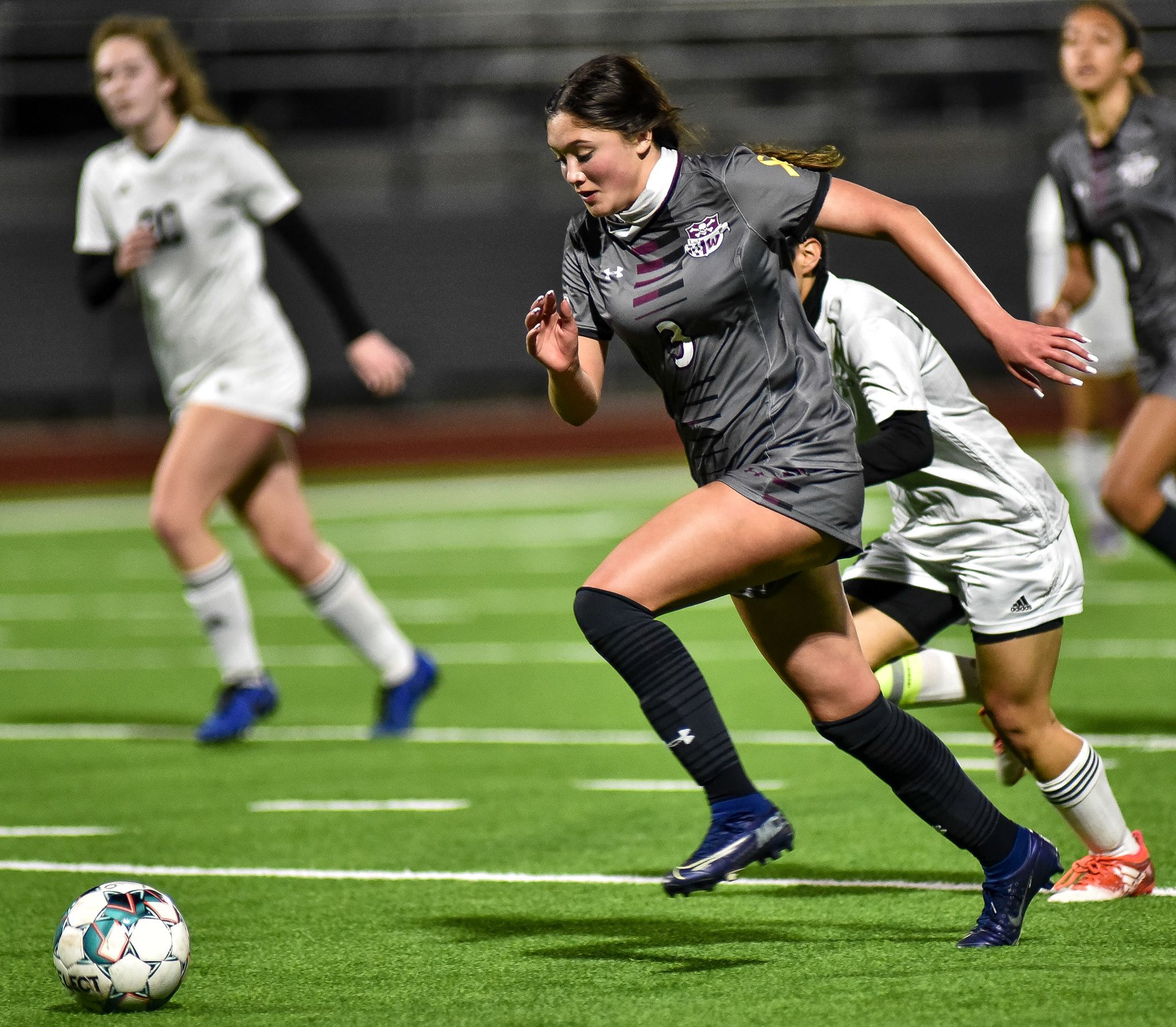 The Wylie Lady Pirates soccer team had managed to score at will through district play.

The District 9-6A champions scored 107 goals during the regular season, but when facing Mesquite Horn in the bi-district round of the UIL 6A state playoffs, the Lady Pirates hit four posts in regulation and fell to the Lady Pirates 4-3 in penalty shots.

The game ended 0-0 in regulation after Wylie put a ton of pressure on in the second half of the game. Horn supplied a lot of high pressure early in the game, trying to force a mistake out of Wylie. By the second half, however, the Lady Jaguars were gassed and holding on for dear life. Amelia Leggett and Ally Stickney barely missed with 23 minutes to play, then Morgan Brown hit the post with 14 minutes remaining. In the end, Wylie couldn’t breakthrough.

With two, 10-minute halves of extra time in-store, the Lady Pirates caught a huge break when the Lady Jaguar goalkeeper came out of her net to clear a ball but instead took out Brown in a breakaway situation. The resulting foul was a penalty shot awarded to Wylie and a red card awarded to Horn’s keeper. The good fortune wouldn’t last as Horn’s backup goalie came through with the clutch save. After failing to breakthrough in extra time, the game went to penalty kicks.

Wylie’s first penalty kick hit the post, the fifth post hit for the game for the Lady Pirates, and Horn was on the brink of victory. With the Lady Jaguars leading 4-3 and one shot remaining, Wylie had one more shot to extend the game. The shot was saved, and Horn advanced to the next round.

U.S. Rep. Van Taylor doesn’t see much spirit of bi­partisanship with President Joe Biden’s infrastructure proposal, one of many topics the Congressman from Texas’ 3rd District spoke about during a vis
View on Facebook
· Share

The Texas Department of State Health Services released updated COVID-19 information for April 7. All counts, except for hospitalized cases, are compiled from the TDSHS website. State officials listed
View on Facebook
· Share

The Wylie Pirates baseball team increased its winning streak to seven in a row. Undefeated since the be­ginning of district play, the Pirates took care of business beating Lakeview Centennial and then
View on Facebook
· Share