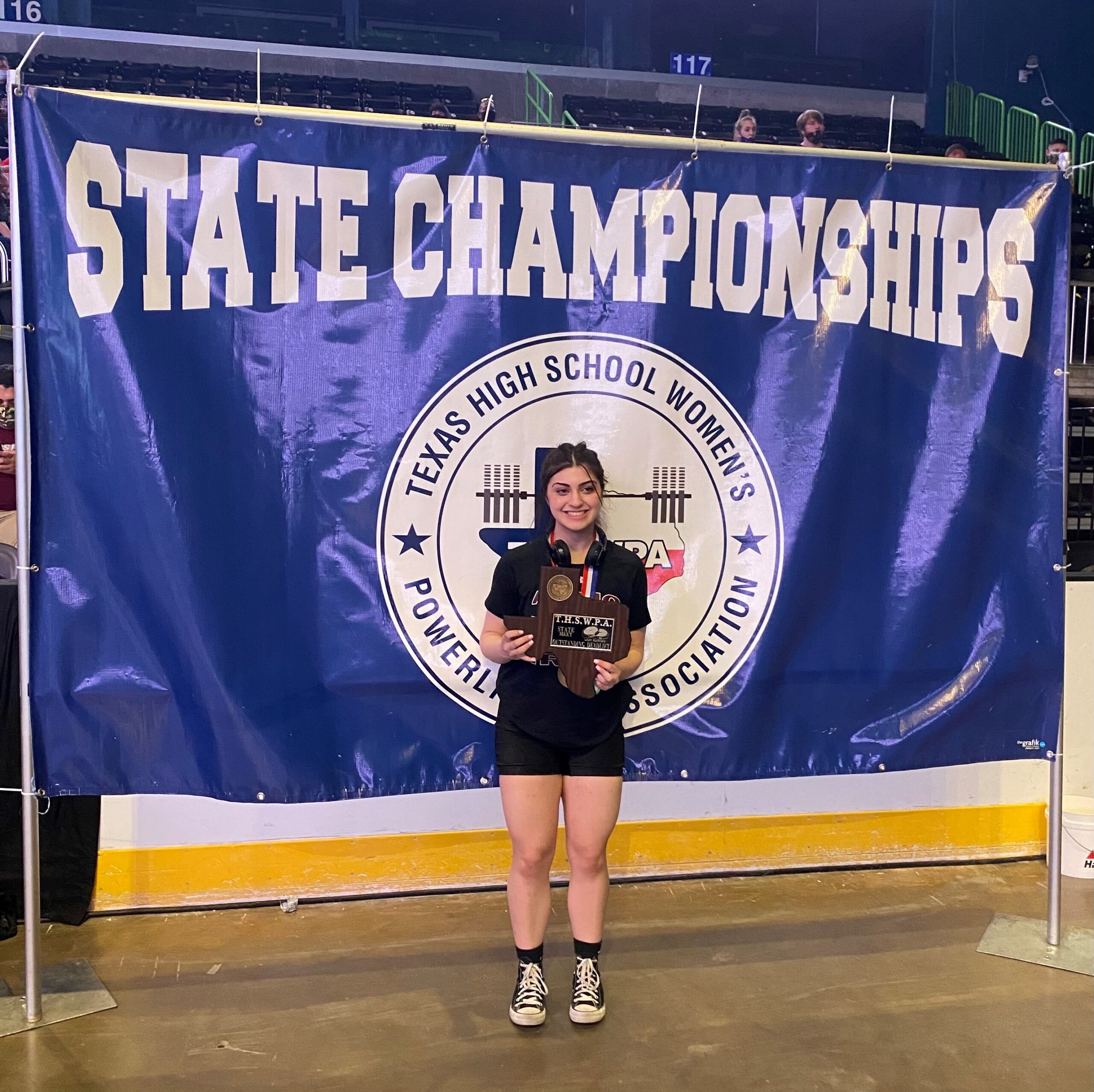 Kaylan Ghafoor won the individual state championship for the 6A 123 pound weight class.

The Wylie Lady Pirates powerlifting team competed in the 6A state championship on March 18 in Corpus Christi.

Facing some of the top athletes in the state, Wylie came out of the meet with its third straight state runners-up award, finishing with 23 points overall at the state championships. The Lady Pirates finished three points behind the Los Fresnos, who won with 26 points and is now the six-time state champions.

Of the 16 state qualifiers for Wylie, 15 of them had a top 10 finish in the state. Leading the way was Kalyan Ghafoor, who finished first overall in the 123 pound class for the Lady Pirates with a total of 895 pounds. She also was able to set a new state record with a 185-pound bench press for her weight class during the meet. Ghafoor was also given the outstanding deadlift award during the state competition.

Other top athletes included Tyler Hanson, who finished in second place in the 132-pound weight class, and she also set a state record for a 265-pound bench press. Head coach Katie Hathaway was proud of her team’s performance and excited for the future of the powerlifting program.

“As a team, we fought hard going back and forth,” said coach Hathaway. “We have a very young team inexperienced at competing at this level especially with not being able to compete at state last year. These girls gained invaluable experience and will be able to take their training to a new level. We will be fired up and ready to go back next year and take home a State Championship for Wylie High School. We walked away with one State Champion and a couple of State Records.”