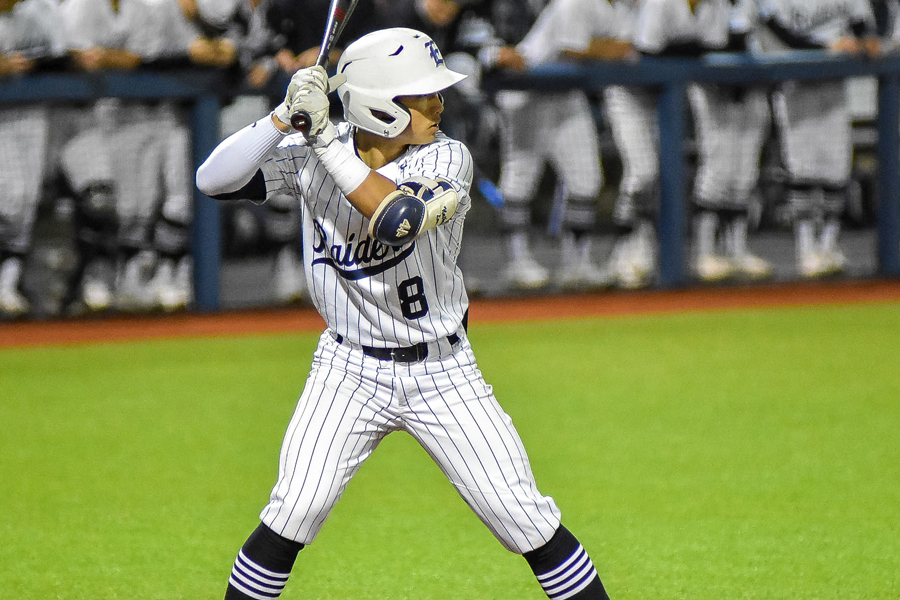 They did exactly that by en­tering play against District 10-5A competition with a victory over Denison 8-5 on March 16. The Raiders struggled for much of the game, totaling just one run through the first six innings of work. Entering the final inning in the top of the seventh, Wylie East’s bats came alive, scoring seven runs and clinching the victory.

East was down 3-1 entering the final inning, and the rally was started by Josh Holling­sworth, who singled on a 1-2 count to score two runs for the Raiders to give the team its first lead of the game.

After a Cade Dorethy bunt scored two more runs for Wy­lie East, the Raiders capped off the inning with Sam Harris and Gilbert Villa hitting back-to-back RBI singles, bringing the total to eight runs. While Denison hit a home run in the bottom of the seventh, Harris was able to get out of the jam and get the victory.

For the full story, see the Mar. 24 issue or subscribe online.