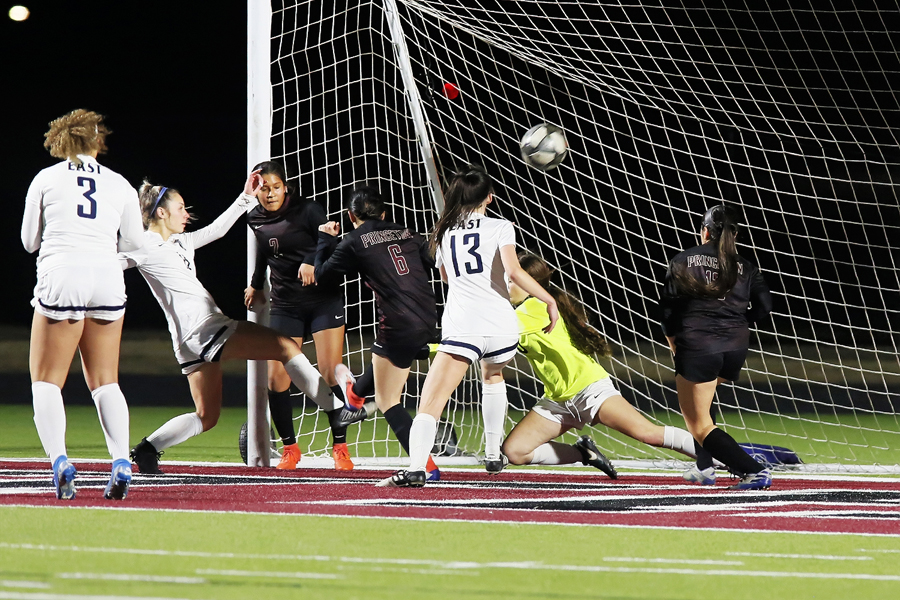 With a thorough display last Friday, Wylie East made quick work of Sherman, winning 4-0. Ramani Neal led the way with a hat trick for Wylie East while Jayme Bailey scored a goal of her own.

After the victory, the Lady Raiders stand at 11-1-1 in Dis­trict 10-5A and 19-1-1 overall. The team ranked as high as No. 6 by The Dallas Morning News and No. 13 in the state by the Texas Girls Coaches Associa­tion, has thoroughly outclassed its opponents this season, out­scoring teams 100-5 through the season to date. Their 4.2 goals per game average are among the best in the DFW Metroplex for the season.

Wylie East was given a bit of a scare in the middle of district play when they dropped back-to-back games. The first was in a penalty shootout against Lovejoy on Feb. 26 and they followed it with a loss to The Colony on March 1. The loss­es gave Lovejoy and others a chance to move up the stand­ings, but Wylie East still had the breathing room to clinch first place with a game to spare.

For the full story, see the Mar. 17 issue or subscribe online.