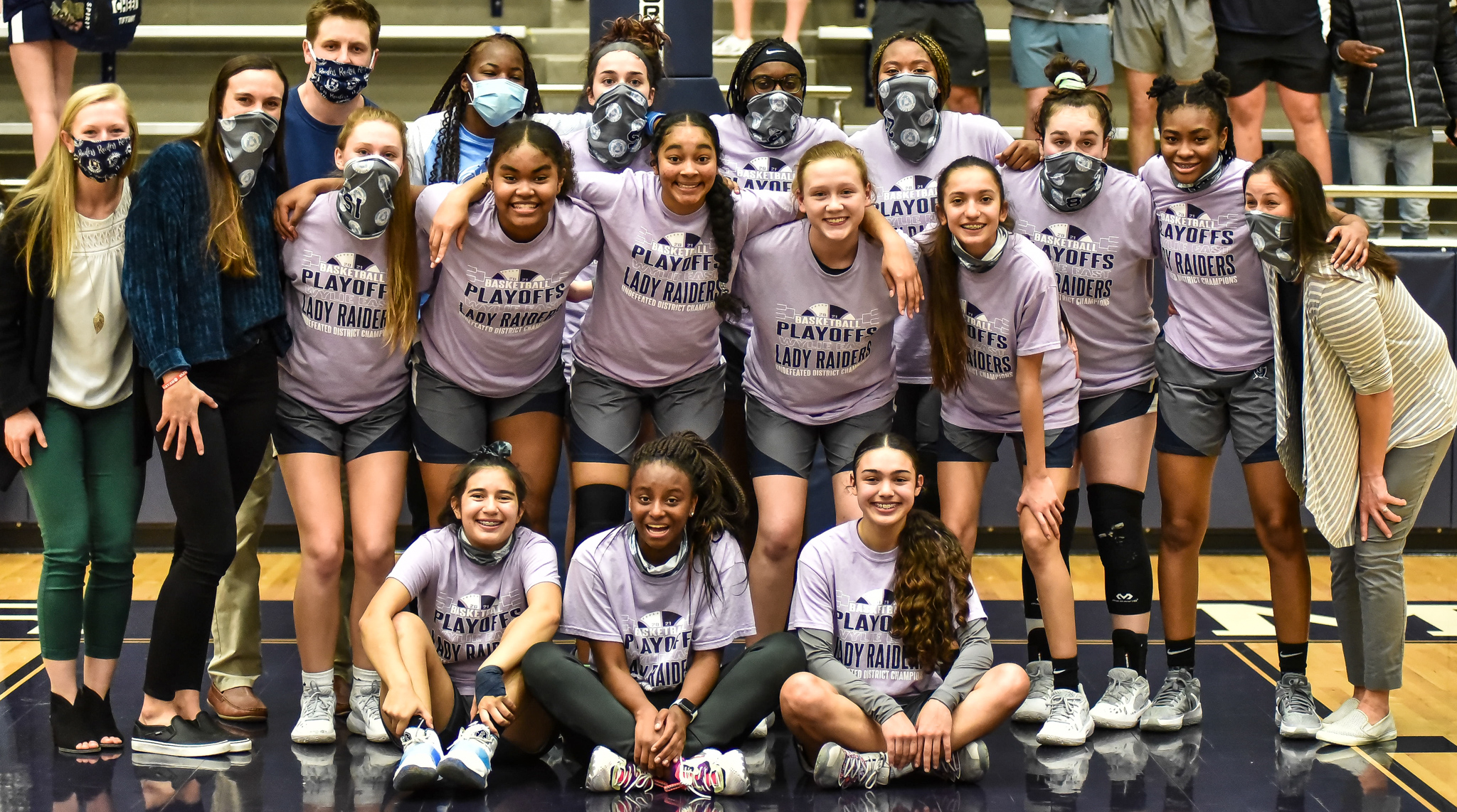 After trailing by 13 points in the second quarter, the Wylie East girls basketball team mounted an impressive comeback to force overtime against Red Oak in the regional semifinals. Competing at Flower Mound, the Lady Raiders managed to steal all the necessary momentum in overtime, applying great defensive pressure in a 65-60 victory over the Lady Hawks.

“We showed a lot of grit and character tonight,” Hodapp said. “We’ve been building that in every practice, to never quit. [The team] did an outstanding job of executing and getting the rebounds when it mattered. They just wanted to win.”

After cutting the Red Oak lead down to two points at the start of the fourth quarter, Wylie East started the final period on a less than stellar stretch, giving up seven consecutive points to open the lead to nearly double-digits. With the game falling out of reach, the  Lady Raiders found their composure over the closing minutes of regulation, scoring four easy points en route to a 14-5 scoring run that helped force overtime.

In a game where seven Lady Raiders finished with points, senior Akasha Davis and freshman Keyera Roseby provided the biggest offensive production when they needed it down the stretch. Coming off of a 12 point performance against Frisco Lone Star, Davis was a big part of Wylie East’s success, finishing with a team-high 14 points, including the shot that tied the score with seven seconds left in regulation. Roseby also contributed critically down the stretch, matching Davis with 14 points, all of which came in the fourth quarter and overtime.