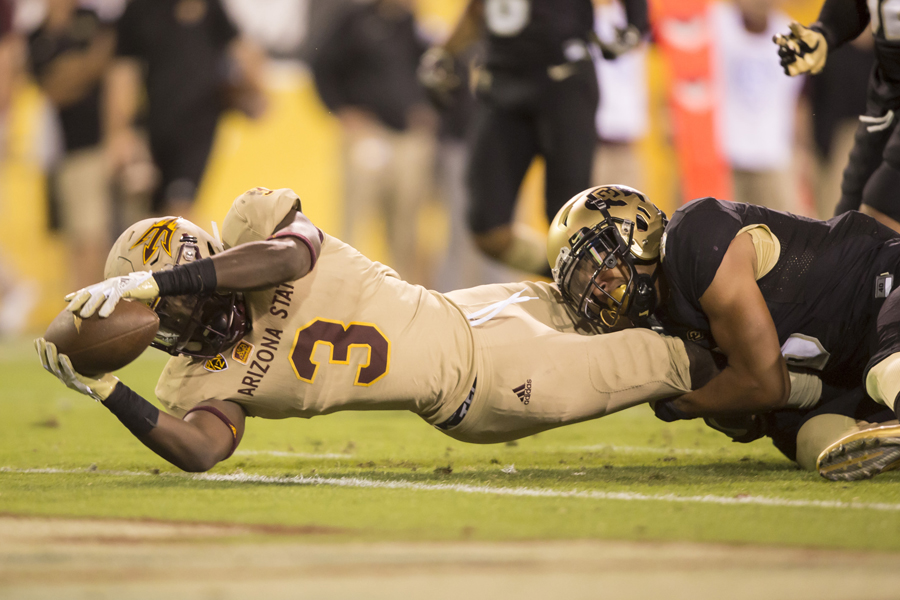 After an impressive freshman campaign at Arizona State, big things are expected out of Eno Benjamin in 2018.

The first set of honors have rolled in as the 2017 Wylie East graduate was named to the 2018 Doak Walker Preseason Watch List.

The PwC Athletic Forum presented the honor. The Forum presents the award to the nations top running back each season.

The Forum’s Board of Directors will pick ten finalists in November. From there three finalists, voted on by the Doak Walker National Selection Committee will be announced Nov. 20.

The committee will then cast a second vote starting Nov. 26 to pick the winner.

The winner will be announced at The Home Depot College Football Awards on Dec. 6 on ESPN.

The award was named after former SMU running back Doak Walker, who was a three-time All-American.

One season ago, Arizona State’s Benjamin played in 10 games, rushing for 142 yards on 23 carries, and scored his first college touchdown, 19 yards, against Colorado.

For more stories likes this subscribe to the print or e-edition.