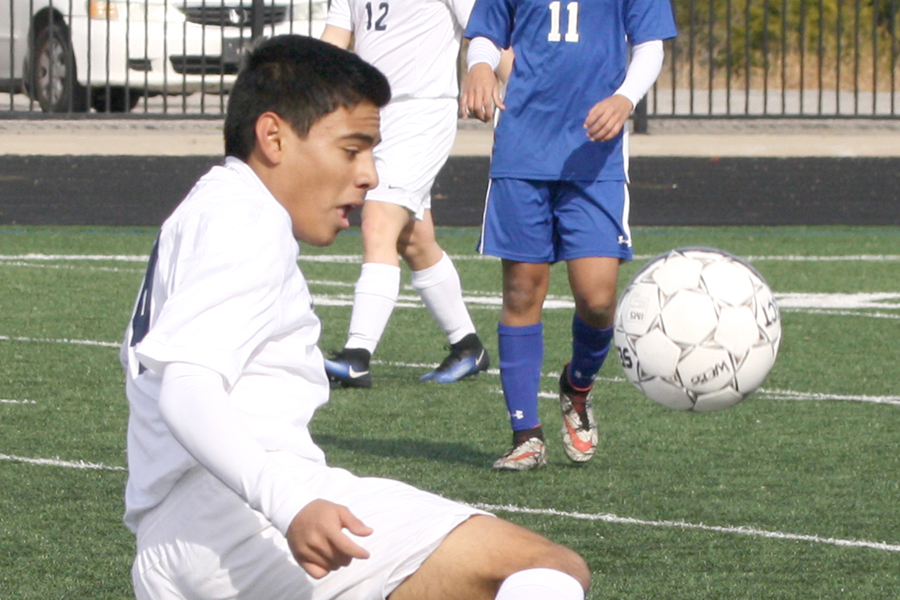 Wylie East’s Victor Nico looks to control the ball in midair against Community during the Dec. 4-6 Princeton Invitational at Jackie Hendricks Stadium. The Raiders finished as runners-ups to Class 6A Rockwall-Heath. (David Jenkins/The Wylie News)

Wylie East Raiders kicked off the soccer season with a winning record.

They finished 4-1 and were runner ups in the Jan. 4-6 Princeton Invitational.

The Raiders fell 5-4 in a shootout to Class 6A Rockwall-Heath at Jackie Hendricks Stadium. The finale was tied 0-0 after two halves.

In the previous match, they beat Crandall 4-2 in a shoot out. The game was tied at 1-1 at the end of regulation.

For the full story see the January 10 issue or subscribe online.