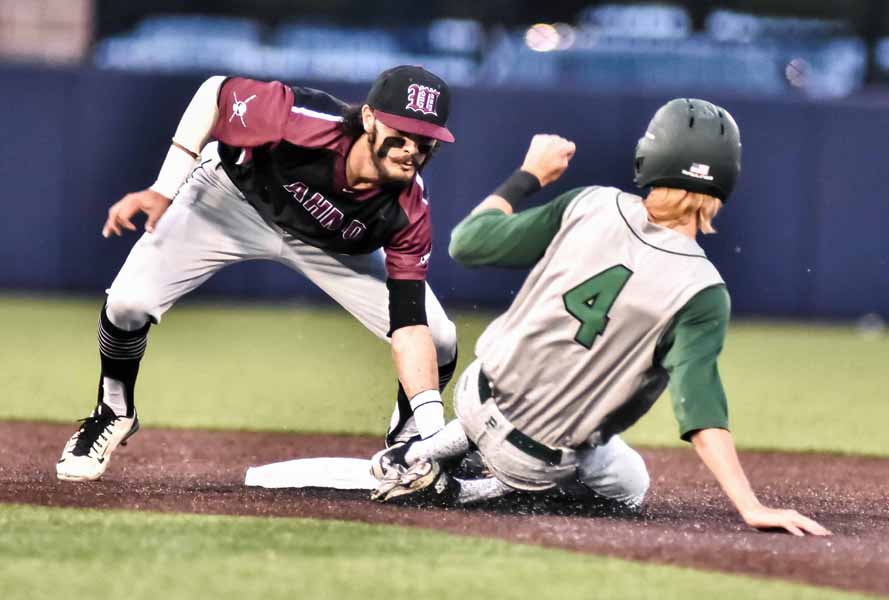 PLANO — Wylie’s Pirates understand what and whom they are playing for this postseason. The former is the Class 5A state baseball title, and the latter is more important than that.
“These guys right here, all they talk about is playing for that guy upstairs,” head coach Jonathan Cantu. “These guys talk about all the glory goes. We do a chapel before every game. It’s unbelievable how these guys not only play for each other, but they play for that guy upstairs, because they know there is somebody watching us through this wonderful season that we have been blessed with (having).”
He added, “The confidence is like a snowball. They are getting stronger, stronger and stronger … The momentum is building, and hopefully we can keep it going.”
Wylie continued its magnificent adventure this past weekend with a sweep of defending state champ Prosper during the Region II quarterfinals, rallying to capture the first game 4-2 at Jesuit on May 19, and then winning 3-2 the next evening at Plano West. Game 1 would have been played at Plano West, but it was moved because rain made the field unusable.
Wylie is 4-0 this year against Prosper, having beaten them twice in District 10-5A competition. The quarterfinal championship win means the Pirates (29-2-1) will face Whitehouse — they defeated Corsicana 2-0 in a one-game playoff — this weekend in the Region II semifinals.
Game 1 will be 7:30 p.m. Thursday at Jesuit, with the second game set for 7:30 p.m. Friday at Mike Carter Stadium in Tyler. The third game, if needed, will be 6 p.m. Saturday at Mesquite Poteet’s Copeland Field.
(To view the entire article, check out the May 25 edition of The Wylie News)