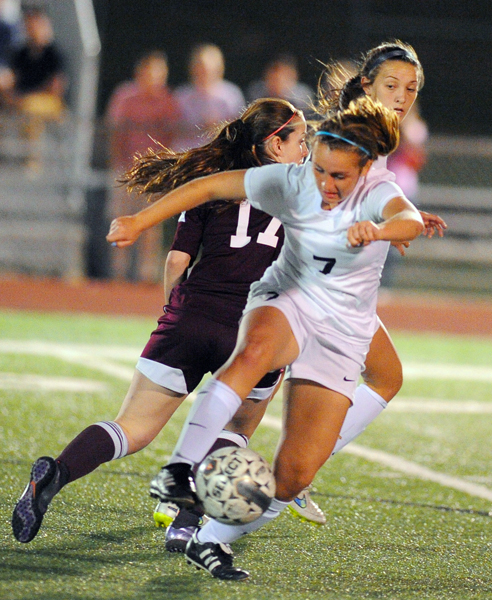 Evan Ghormley/The Wylie News The Lady Raiders' Lauren Wentz gets her foot on the ball against Sherman. 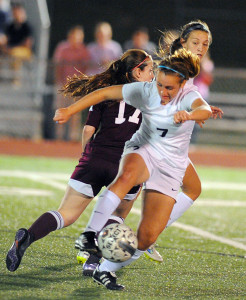 Evan Ghormley/The Wylie News
The Lady Raiders’ Lauren Wentz gets her foot on the ball against Sherman.

Wylie East’s girls are back in familiar territory; the playoffs. The only question remaining is how far will they go.
Well, the first step toward duplicating what they did in 2014 and last season — reaching the state finals — begins 5:30 p.m. Friday against Frisco Wakeland at McKinney’s Ron Poe Stadium, where the 10-5A champions (10-1-3 in district) hope to take the road back to a second straight state title.
“We’re healthy and we’ve got a chance to go back to the playoffs,” head coach Kody Christensen said. “We’re in a position where we are playing some very good soccer, and that’s what we wanted … You’re going to play good teams in the playoffs, so you never know (what will happen). The Frisco district is strong, and it’ll be a tough game.”
(To read the entire article, check out the March 23 edition of The Wylie News)