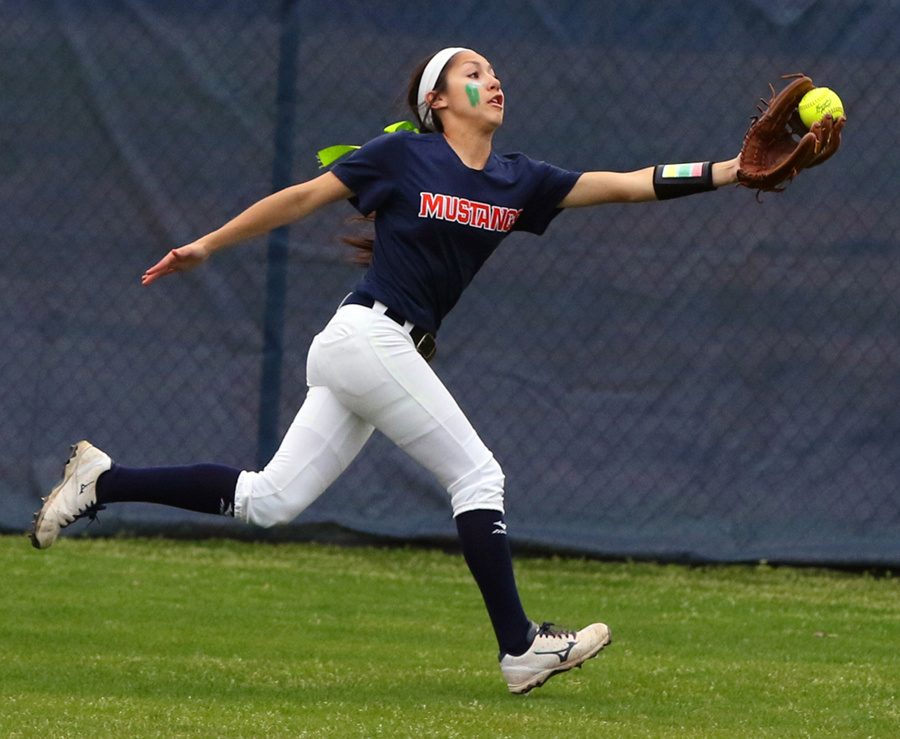 Lady Mustangs round up 2015 All-District recognition

Sachse’s Lady Mustangs once again were well represented in the All-District selections, with seven players being named either to the first or second team, and two earning individual accolades.

Freshman Savana Williamson proved to be a vital component in Sachse’s run to the postseason, and for her efforts the Lady Mustang second baseman was named the 11-6A Newcomer of the Year.

Junior teammate Shanna McBroom was the co-Defensive Player of the Year along with junior Rockwall shortstop Dani Greenlee.

Not only did the Lady Mustangs excel on the field, but many also did so in the classroom, resulting in Academic All-District honors. Earning those were Williamson, Lynzi Carroll, Lutrell, Gibbs, McBroom, McDonald, Shugart, Smith, Hunter and Nicole Border.

The remaining first-team selections were: