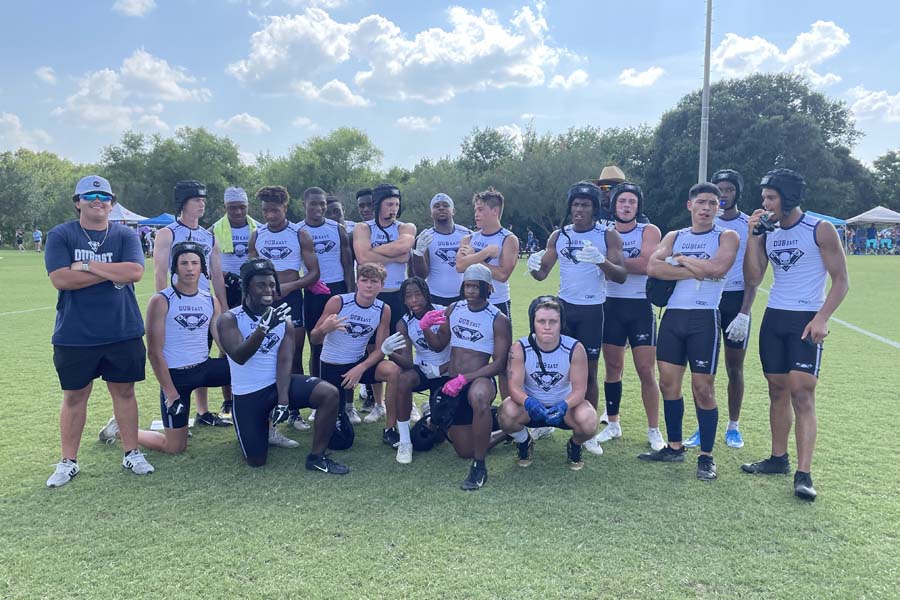 Raiders compete in 7-on-7 state

Last weekend, the Wylie East football team had its first expe­rience to showcase how talent­ed the team could be in 2021, as the Raiders competed in the state 7-on-7 tournament June 25-26 in College Station.

Heading with the team to where he played college foot­ball at Texas A&M, Raiders coach Marcus Gold said he was proud of how his team was able to play on the big stage.

“It was a great opportunity for kids to be a part of something like that,” Gold said. “I think any situation where we can put them in a game-like football atmosphere, where they have to overcome adverse situations and to be put in multiple sce­narios is always good leading up into the upcoming season. The kids have been doing great all year. I think we finished our 7-on-7 12-2. I think that there’s a lot of confidence going into the season now.”

For the full story, see the June 30 issue or subscribe online.

The Battle of the Badges was waged this year between the Wylie Fire-Rescue and Police departments. Carter BloodCare operates the blood drive and there were three buses this year at the Bluegrass on Ba
View on Facebook
· Share

Two suspects have been ar­rested for the recent murder of Sachse resident Salah Eid and a third suspect is still at large. On June 7, Sachse Police De­partment responded to a welfare concern in the 35
View on Facebook
· Share