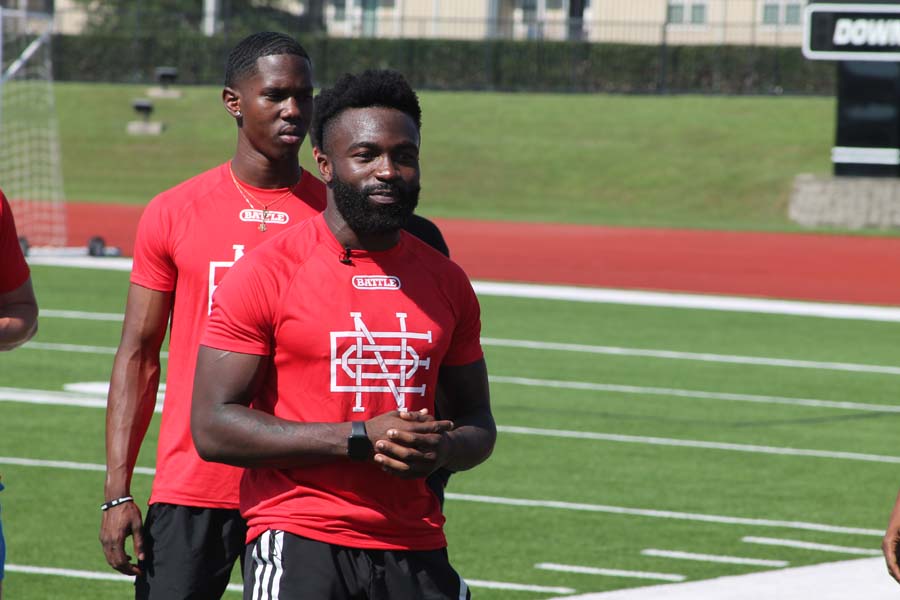 Eno Benjamin enjoyed walk­ing back into Wylie Stadium last week, remembering the great times he had with team­mates playing football for the Wylie East Raiders.

The former Wylie East foot­ball player wasn’t here on June 19 to play a football game, though. But he was here to in­spire middle and high school players.

Benjamin, a 2017 East grad who now plays running back for the Arizona Cardinals, over­saw a football camp June 19 at the stadium. It was Benjamin’s first camp, where players per­formed drills and learned some skills to take with them as they prepare for the 2021 season.

“I felt like today’s camp was a great experience,” said Ben­jamin, who played collegiately at Arizona State. “The whole thought process behind it was pouring into guys the same way (I had it) when I was com­ing up in middle school and high school and I had people pouring into me to help me get where I’m at. So, anything that I can do just to be an advocate, to be on these guys’ side, to get them where they want to go, I’m willing to do it. I’m willing to help.”

For the full story, see the June 23 issue or subscribe online.