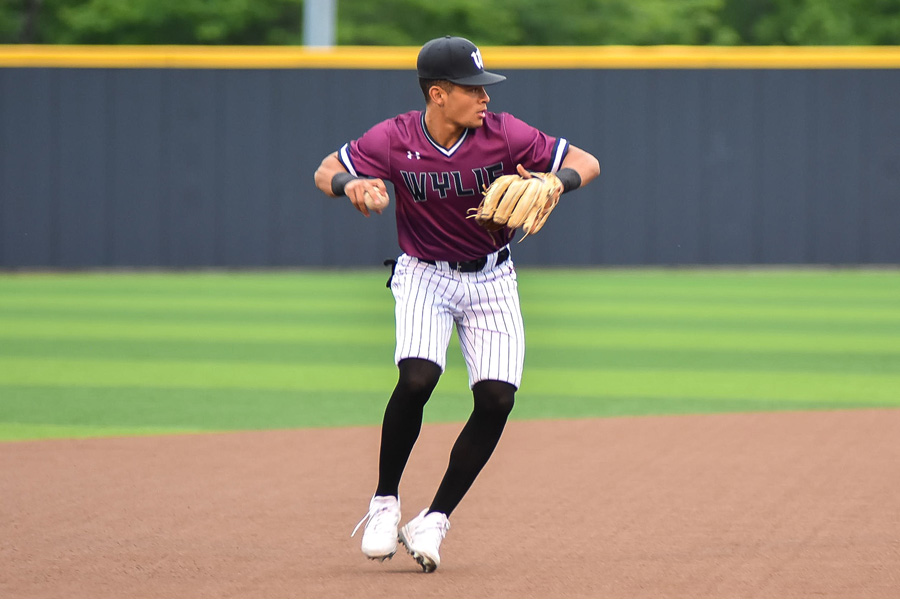 Cam Pruitt has always been the best athlete on his team.

On Friday, May 21, Pruitt had three put-outs at the shortstop position for the Wylie Pirates baseball team in their playoff game against Rockwall. It was a disappointing, close defeat for the Pirates and a game that eliminated them from the post­season.

Three days later, at Wylie’s spring game on May 24, Pruitt, a sophomore, took the field once again, this time in shoulder pads and a helmet. Taking up his spot at wide receiver, a spot he played his sophomore sea­son on the varsity squad, Pruitt proceeded to get open on nearly every passing play, including a 50-yard touchdown catch as the only score of the scrimmage. From not taking a practice rep all spring for the football team, Pruitt went onto the field and was one of the best players on the field.

“It was something that wasn’t really planned,” Head football coach Jimmy Carter said. “He was going to just watch his teammates, but we asked him just before the game and he wanted to go. We actually gave him his jersey and helmet just before the game.”

Gretchen Tschetter found a way to help people and earn personal awards, too, by build­ing and donating cabinets that hold food and other items. A rising senior at Wylie High School and St. Paul reside
View on Facebook
· Share