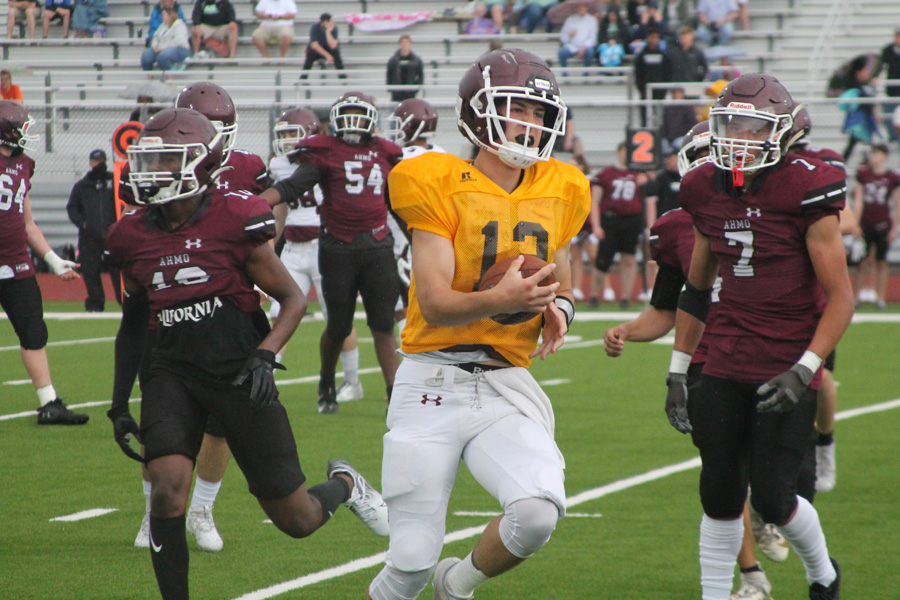 The Wylie Pirates football team wanted to get stronger and tougher on the football field, and it showed at the spring game on May 24.

What is normally a showcase for parents and fans turned into a competitive defensive battle between the white and maroon teams. Both teams went back and forth in terms of play on the field and between the whistles, with kids not afraid to let their classmates and teammates hear it on a big play.

“It’s something we’ve been looking to teach,” head coach Jimmy Carter said. “We want an up-tempo, intense sort of practice and mindset every day, and for spring we divided up the seniors and they were able to draft the players to pick.”

In the end, it was the white team that came out on top 10-0 over the maroon team with the game’s only touchdown late in the first half.

After cornerback Jaylen Alexander intercepted the ball, it gave the white team one more chance before the end of the first half. With the clock winding down, the white team was spread out with three receivers to the right and Cam Pruitt on his own on the left. Quarterback Canyon Hall threw a dart over the middle of the field to Pruitt, who was able to trot into the end zone for the score.

For the full story, see the June 2 issue or subscribe online.