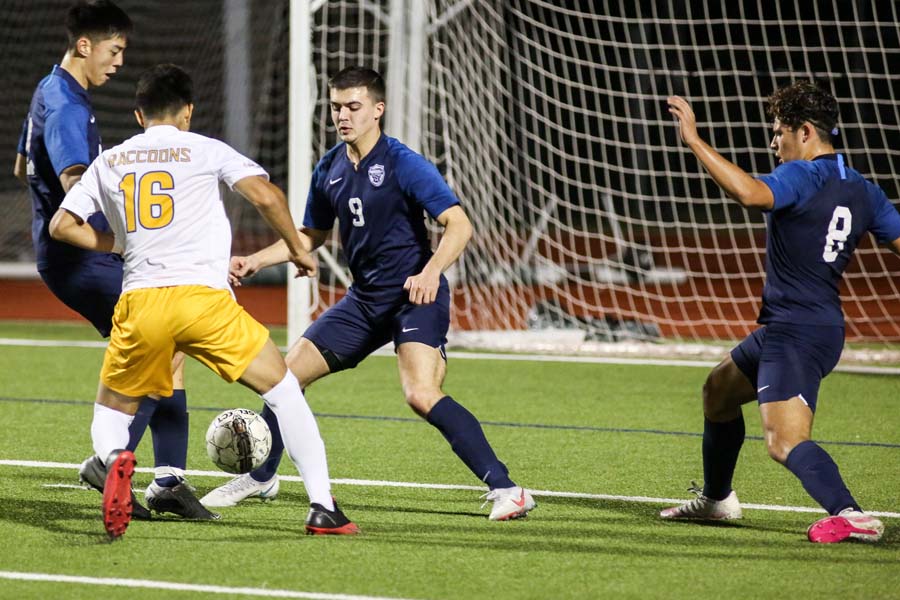 After finishing one game out of a district title, the Wylie East boys and girls soccer team opened the playoffs against a strong north Dallas opponent, facing Frisco High School in the bi-district playoff round at McK­inney Boyd Thursday, March 25.

Entering the playoffs, Frisco finished second in its district, going 10-4-4 against their oppo­nents. Ranked eighth in Sports­Day’s 5A poll, the Raccoons have showcased a strong ability to limit teams offensively, allow­ing 14 goals over their last 10 district games. For Wylie East, the Raiders entered the playoffs hoping to extend their recent playoff success, looking to se­cure a first round playoff win for the third consecutive year.

After a scoreless first half, Wylie East wasn’t able to con­tain the Raccoons at the start of the second, giving up three goals in two minutes en route to a 3-0 loss.

Coach Jeremy Seeton said he was disappointed by how the start of the second half cost his team.

“I thought we played real­ly well today overall,” Seeton said. “We had that 10 minute lapse where Frisco managed to capitalize. Proud of the way we fought, so it’s just one of those situations where we got caught off guard. They’re a very sol­id team and they played very well. Hats off to them and what they’ve accomplished this sea­son.”

For the full story, see the Mar. 31 issue or subscribe online.