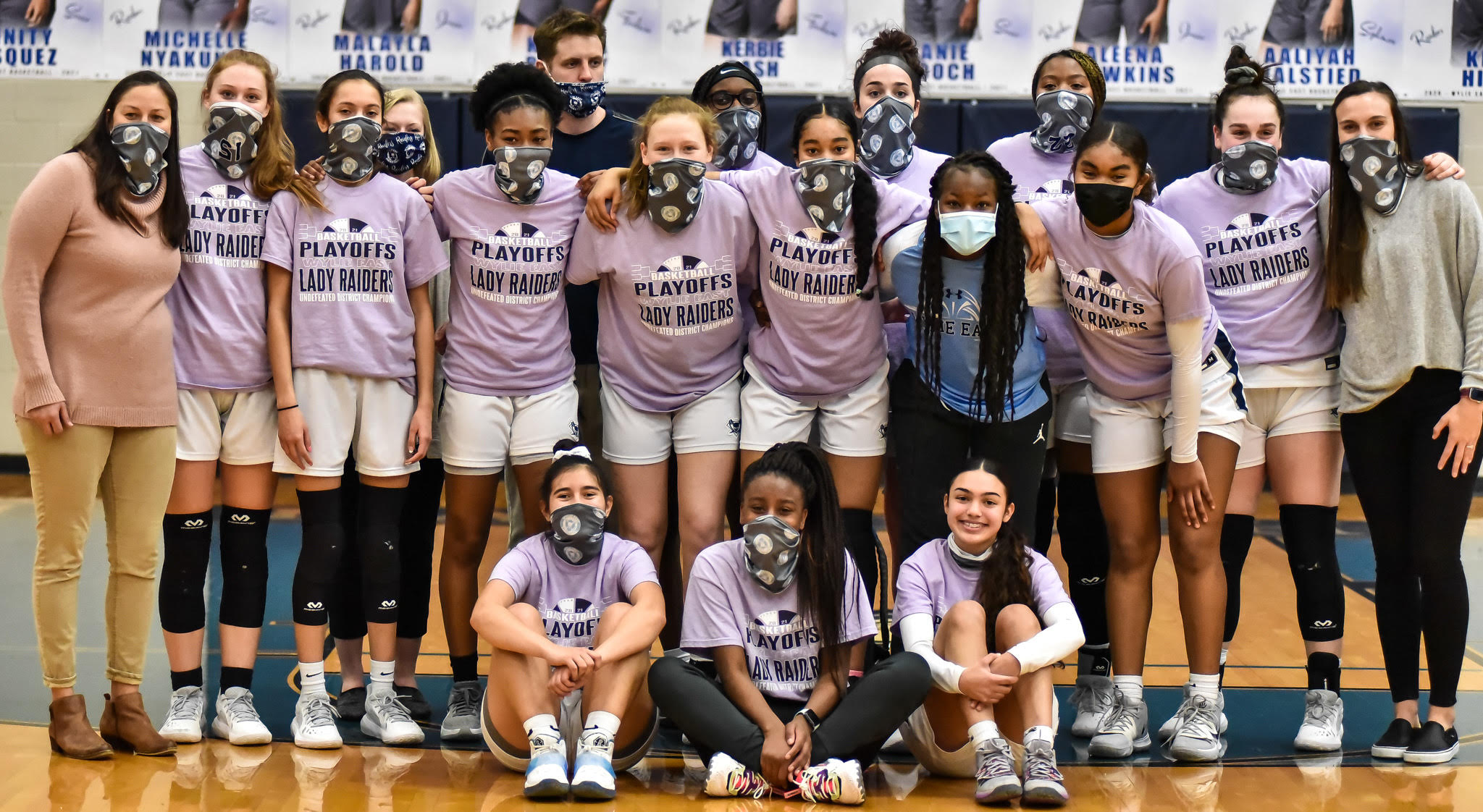 Coming out of a dominant area victory over Woodrow Wilson, the Wylie East girls basketball team faced Frisco Lone Star for a chance to advance to the regional semifinals. Competing at Plano East Senior High, the Lady Raiders were able to close the game out strong, holding the lead for the entire game en route to a 50-42 victory over the Lady Rangers.

“This is a special team, and I’ve said that from the very beginning,” Hodapp said. “There’s something special about them, where they work for each other. Tonight that showed. I think in the fourth quarter we just did a great job of finishing. That’s what I’m most proud of: executing and finishing at the line and not being afraid of the pressure they gave us.”

With 4:21 left in the fourth quarter, Wylie East was still locked into a back and forth battle with Frisco Lone Star, with the Lady Raiders holding a 37-35 lead. With the game still up for grabs, the Lady Raiders showcased their playoff potential with a strongly executed run, scoring 10 of the next 13 points to lead by nine points. The momentum of this scoring run allowed Wylie East to separate themselves from the competition, helping push their ticket to the next round.

After scoring 14 points in the area round victory over Woodrow Wilson, senior Akasha Davis was a big difference maker against Frisco Lone Star, leading the team in scoring with 12 points while also providing strong defense on the other end. Davis’s ability in the post has contributed huge dividends for Wylie East during this playoff run, establishing big roles on both ends of the floor.