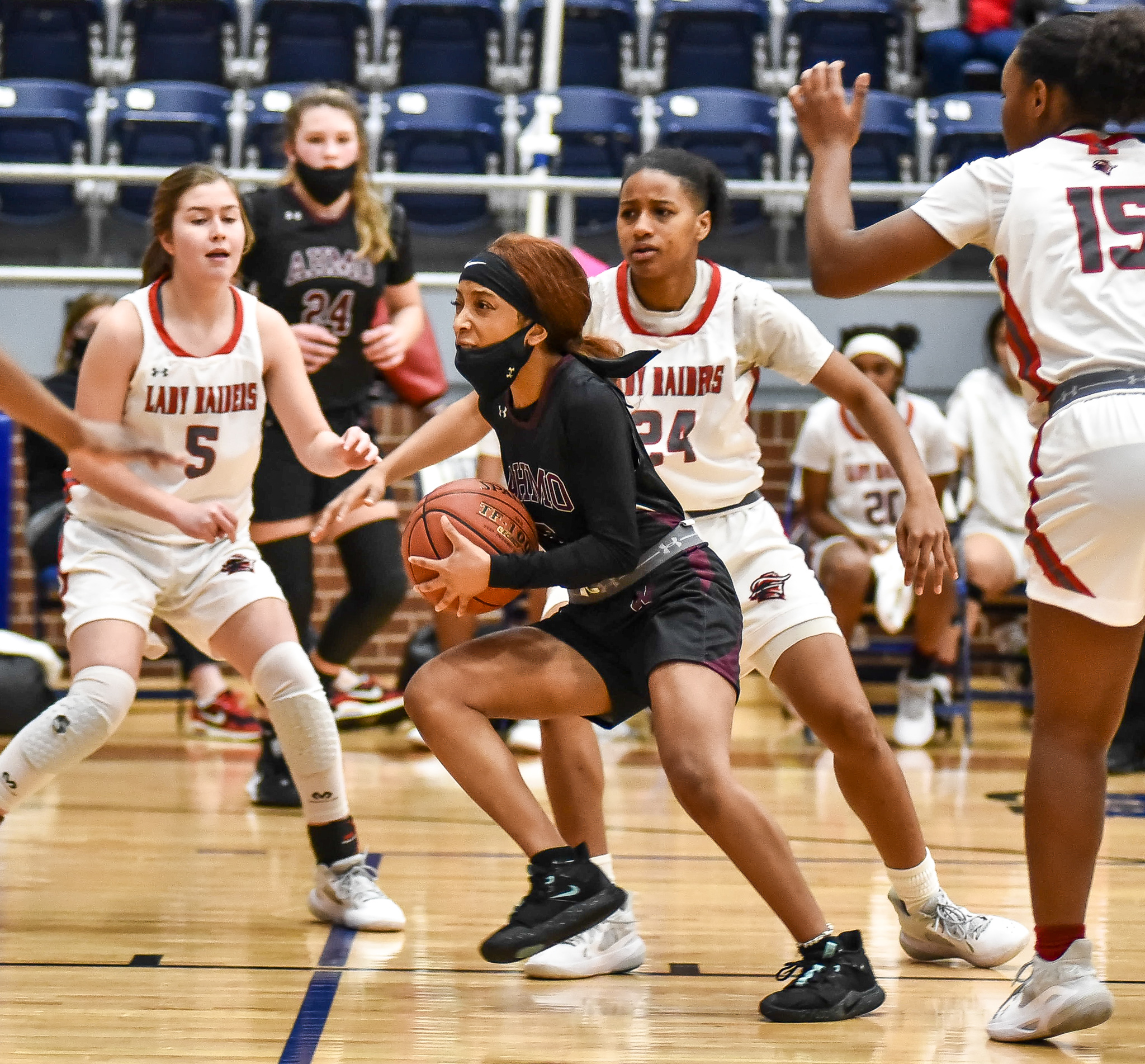 The Wylie Lady Pirates girls basketball team was set for a shocking comeback.

After falling down 30-20 at halftime, Wylie battled back to tie the game quickly in the third quarter. After some back and forth action, the Lady Pirates fell just short at the end, losing 53-48 and ending their season.

Wylie got off to a slow start, with Legacy forcing some misses on the defensive end while finding some hot shooting of their own. After four straight points to end the quarter, Wylie found itself 14-13 at the end of the first quarter. Legacy found their stroke and got a big run in the second quarter to begin to distance themselves.

It started from the three-point line, where Legacy hit six of their first seven shots from distance, including four in a row to take a 28-17 lead. Down 10 at the half, the going looked tough for the Lady Pirates.

Wylie showed its ability to fight, battling back in the second half with their own turn of getting hot from deep. The Lady Pirates opened the third quarter on a 12-2 run with all 12 points coming from the three-point line. Four straight threes tied the game up at 32 when Legacy called a timeout to settle the team down. The timeout paid off, as Legacy outscore Wylie 8-4 to end the quarter and take a 40-36 lead.

This set up a thrilling fourth quarter, with both teams having big opportunities with the pressure high late in the game. Down 47-46 with under a minute to play, Wylie needed a stop but couldn’t hold Legacy. Aaliyah Campbell of the Lady Raiders hit two free throws, and Wylie couldn’t get any closer than that opportunity. Legacy iced the game from the free-throw line and went home with the five-point victory.

Legacy advances to take on DeSoto next week. Wylie’s season comes to a close with a 16-8 record overall after finishing the regular season 11-3 and tied for second overall in District 9-6A. Five seniors will graduate from the Lady Pirates – Bailey Harris, Sianne Hill, Ding Kir, Klarke Cheatham and Makaylee Morton.

The Wylie Lady Pirates girls basketball team was set for a shocking comeback.  After falling down 30-20 at halftime, Wylie battled back to tie the game quickly in the third quarter. After some ba
View on Facebook
· Share

The Wylie East Lady Raiders struggled at points in their bi-district playoff game. Sometimes, playoff basketball isn’t easy, but it’s all about surviving and advancing. The winners of 14 straight game
View on Facebook
· Share

Want to take your hound or pooch to a dog park? A bond committee to study what recreational and infrastructure ad­ditions to construct in Wylie will be formed in the next few months, Mayor Matthew Por
View on Facebook
· Share

The Texas Department of State Health Services released updated COVID-19 information for Feb 12. All counts, except for hospitalized cases, are compiled from the TDSHS website. State officials listed 1
View on Facebook
· Share