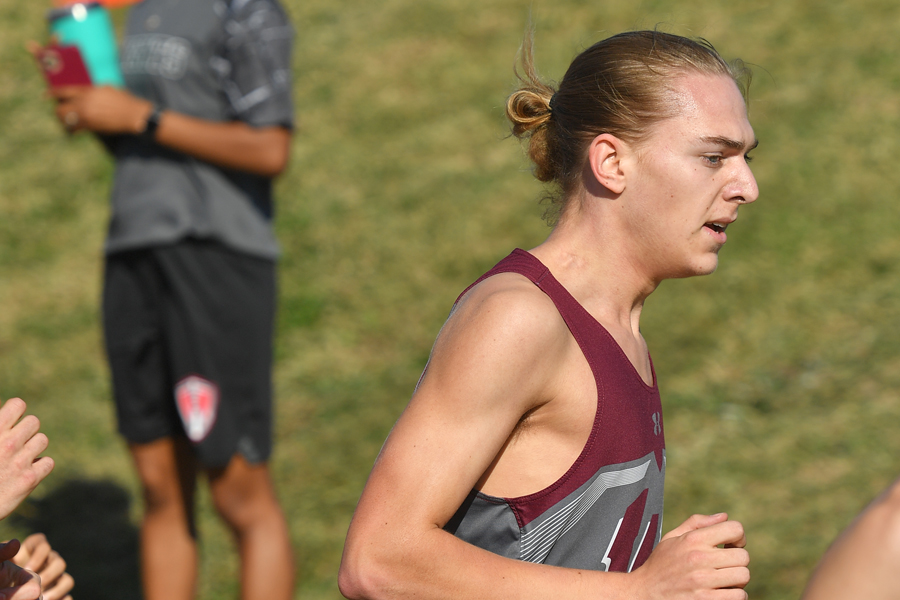 Sometimes a little adversity can make all the difference.

In his senior season, Luke Lambert qualified for his fourth consecutive cross country state championship race. This time, he came on top, running a 15:03.45 time in Round Rock to give himself the individual state championship for 6A. He finished 14 seconds ahead of the next fastest runner. For head coach Calley Connor, it had been a culmination of four great years that culminated in a cham­pionship.

“He’s one of the hardest-working kids I have ever coached,” Connor said. “He’s continued to grow as an athlete and a person and works at every aspect of his life to get better. We used the Kaizen philosophy in training that says ‘continue to improve,’ and he’s definitely bought into that.”

After dealing with the dif­ficulties COVID-19 put on his training regimen, Lambert managed to qualify by finish­ing fourth at the regional cham­pionships at the Jesse Owens Complex. It was a race that he was unsatisfied in his perfor­mance and made adjustments to his mindset in preparing for the state championship as he felt he started too fast in the regional race.

“I definitely wasn’t at my best that day,” Lambert said. “I kind of mentally wasn’t focused on the race as I should’ve been. I keep my routine pretty struc­tured but I had a mindset for how to run the state course after running it a bunch of times.”

The experience in the state championship was a definite ad­vantage for Lambert, whose ap­proach going into the race was to focus primarily on the middle portion of the race between mile one and mile two.

“The middle section is usu­ally the toughest part to me, as I usually start out pretty fast before picking it up again at the end,” Lambert said.

His execution was flawless. The Pirate started the race fast like anticipated, as after the first mile he was among the seven runners all within a second of each other, sitting at the 4:42.7 mark. He fell a little back in the middle portion of the race but kept himself within striking dis­tance just eight seconds behind Martin David-Chavez of Dun­canville.

That is when Lambert fin­ished strong, running the final 1.1 miles in 5:47 to secure the victory. Despite all of the ad­versity, Lambert came out as a champion. As he finishes his ca­reer at Wylie, he’s still debating where to attend college, but he plans to run cross country as a Division 1 athlete.