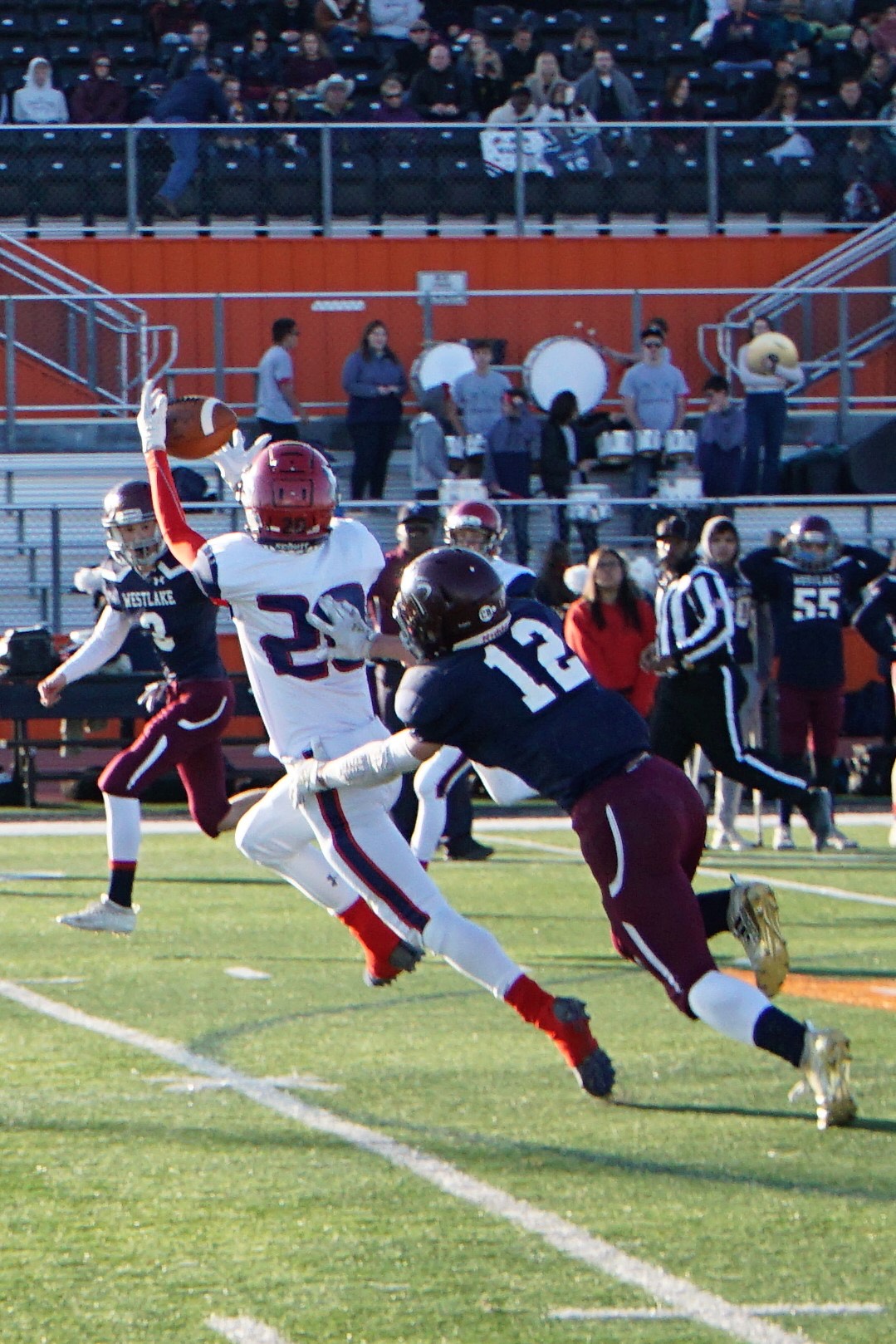 Wylie fell to the Westlake Blacksmiths 60-14 in a contest that was called in the third quarter. The Patriots ended the season with a 9-2 record.

The Division I championship was played at Porcupine Stadium in Springtown, the site of the 2018 title tilt that featured the same two teams, but the Patriots came out on top 73-39.

Westlake controlled the state championship game from the start, putting up two scores in the first quarter and one early in the second before the Patriots answered on a 4-yard run by sophomore Kole Von Runnen. The extra point kick by junior Lane Weiss was true and Prep trailed 22-8.

The two squads then traded touchdowns, with the Patriots putting up a score on a 2-yard run by sophomore Logan Ausbrook. The point-after kick by Weiss was no good.

That ended scoring for the game by Wylie. Westlake added two more touchdowns in the second quarter for a 46-14 halftime lead and tacked on a pair in the third to make it 60-14 when the game was called under the mercy rule.

The Patriots finished with 129 yards total offense, 79 passing and 50 on the ground. Von Runnen completed seven of 17 passes for 66 yards and junior Colby Dye completed four of seven for 13 yards.

Top rushers for the Patriots were Von Runnen, 10 tries for 38 yards, and Ausbrook, four for 12. Von Runnen and Ausbrook each scored a touchdown on the ground.

Westlake tallied 382 yards in total offense, 161 through the air and 221 rushing. Five different players scored in the contest.

Freshman Mace Melbert led the Patriots defense with nine tackles, seven solo. Freshman Hudson Hyjak made four stops, junior Christian Chambers recorded three tackles, Dye had a pair, Weiss made 1.5, Weiss, Jake Durbin, Von Runnen and Ausbrook each made a tackle, and Ben Ausbrook was credited with a half.