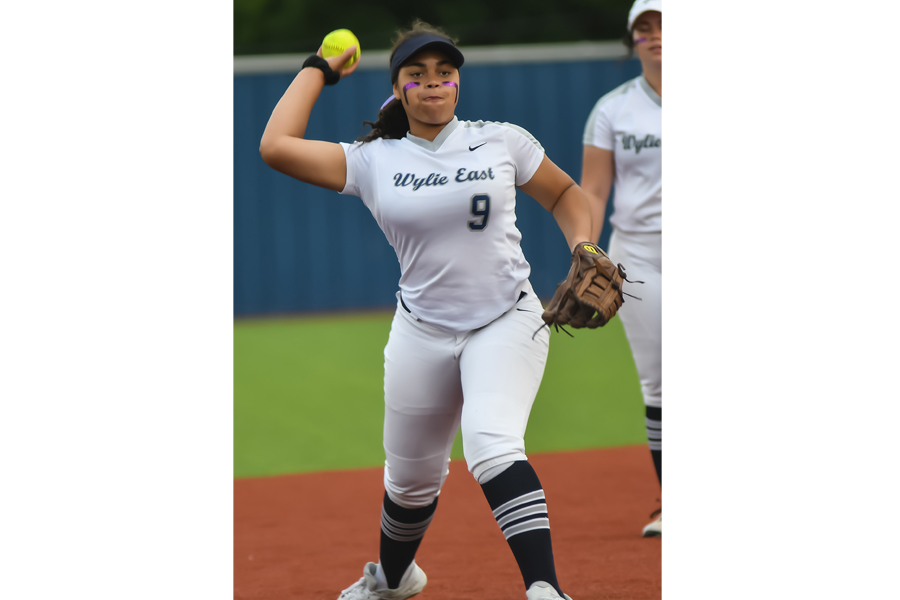 The softballers earned the programs first appearance in the postseason.

They’ll enter the Class 5A Region II playoffs as the fourth place finisher from 10-5A at 4-6.

The Lady Raiders (11-16 overall as of Monday, April 22) will face 9-5A champion Frisco Independence in a bi-district best-of-three.

If needed, a third game would be played noon Saturday, April 27 at Prosper.

Outside the top four were Sherman 3-7 and Princeton 0-10.

One week ago in district Wylie East fell 8-1 to Sherman and beat Denison 10-5 in the finale.

Sherman scored four runs in the second inning and three in the third on eight hits and an error.

Wylie East managed a run in the third on three hits and one error.

Wylie East plated two runs in the third, and four in the fourth and fifth on 13 hits and a pair of errors.

Breana Villegas had two hits and a pair of RBIs, Wood walked once and Nia Carter drove in five runs.

Denison plated three runs in the first, and one in the fifth and seventh off eight hits.

For the full story, see the April 24 issue or subscribe online.