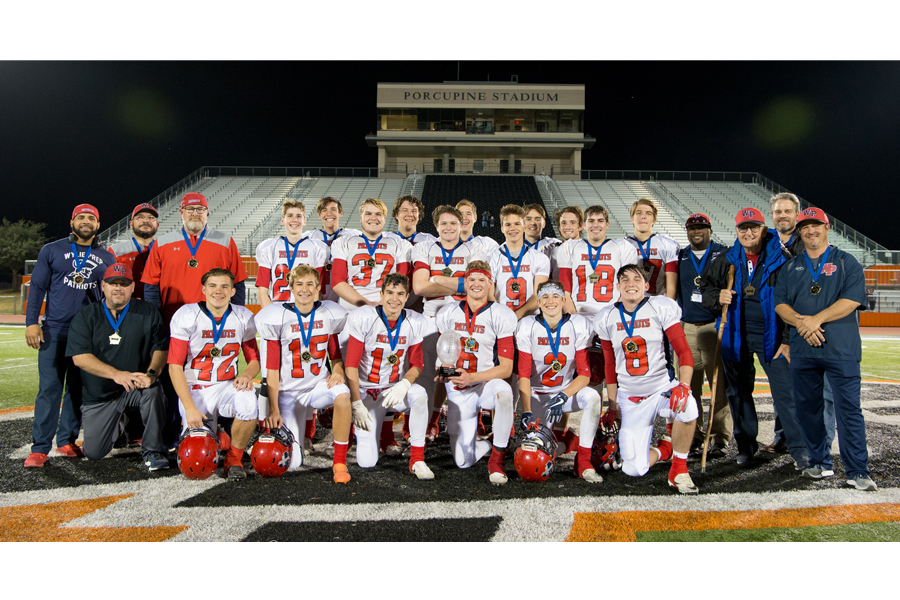 SPRINGTOWN – Making it back to the state title game was no easy task.

In the end they found a way to put the pieces together and won the school’s second six-man state title. The last came in 2014.

“For this team to win state, with the all the obstacles that were thrown in their way, is awesome,” Wylie Prep head coach Larry Uland said. “The kids really matured a lot from the start of the season to the end and came together as a team.”

They pulled off the feat after beating Westlake Academy 73-39 in the TCAF Div. I finale at Porcupine Stadium.

Dylan Boyd was named the game’s Most Valuable Player and Zach McWhorter was the Offensive MVP.

For the rest of the story, see the Nov. 28 issue or subscribe online.