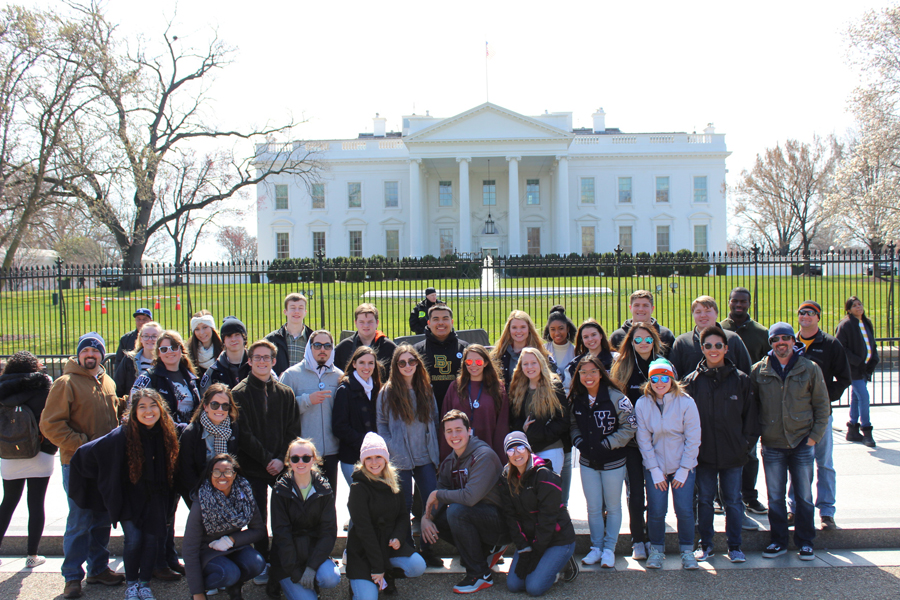 Raiders take on the district

The students began their trip in Williamsburg, VA, the former Capital, with a military reenactment to set the tone of trip. They participated in ‘The Defense of Liberty’ program where the students became part of a Union regime, learning the proper formation and technique of a Union soldier, while observing offense techniques used in the Revolution.

On the second day, they were given an in-depth tour of Williamsburg where they reenacted a court trial of a thief and the politics of early America. In the afternoon, they visited the Jamestown settlement, including the fort, ships, and Powhatan village. Later that night they traveled to the heart of D.C., getting their first look at the Pentagon, Washington Monument, and a glimpse of the White House. The longest night of the trip, they visited the Tidal Basin memorials after nightfall before resting up for their longest walking day.

For the full story see the March 21 issue or subscribe online.