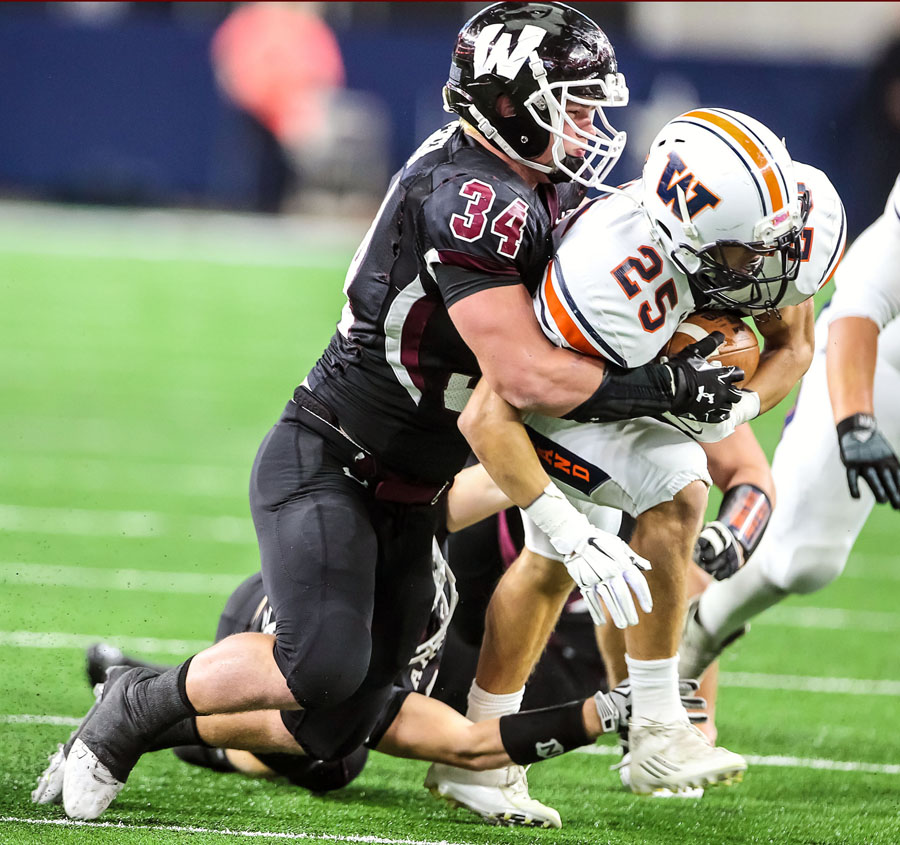 Pirates’ big plays take fight out of the Wolverines 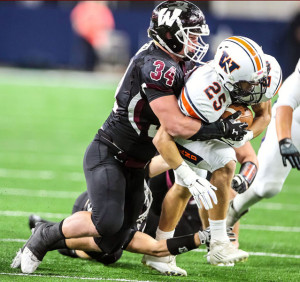 ARLINGTON — Several weeks ago, the Pirates were humbled 48-27 by Prosper in a regular-season match up.
However, instead of sending the maroon and white into a funk, that loss appears to have awoken a sleeping giant, one that hasn’t lost a game since. It’s a four-game winning streak that includes a 31-21 victory last Saturday over Frisco Wakeland in a Class 5A, Region II bi-district game at AT&T Stadium.
That triumph, which improved Wylie’s overall record to 7-4, sets up an area-round matchup with Rockwall-Heath at 9 p.m. Saturday at AT&T Stadium. It was the Hawks who ended Wylie’s season a year ago in a second-round game, and this time around they are coming into the matchup off a 27-7 first-round win over Carrollton Creekview.
(To view the entire article, check out the Nov. 18 edition of The Wylie News)