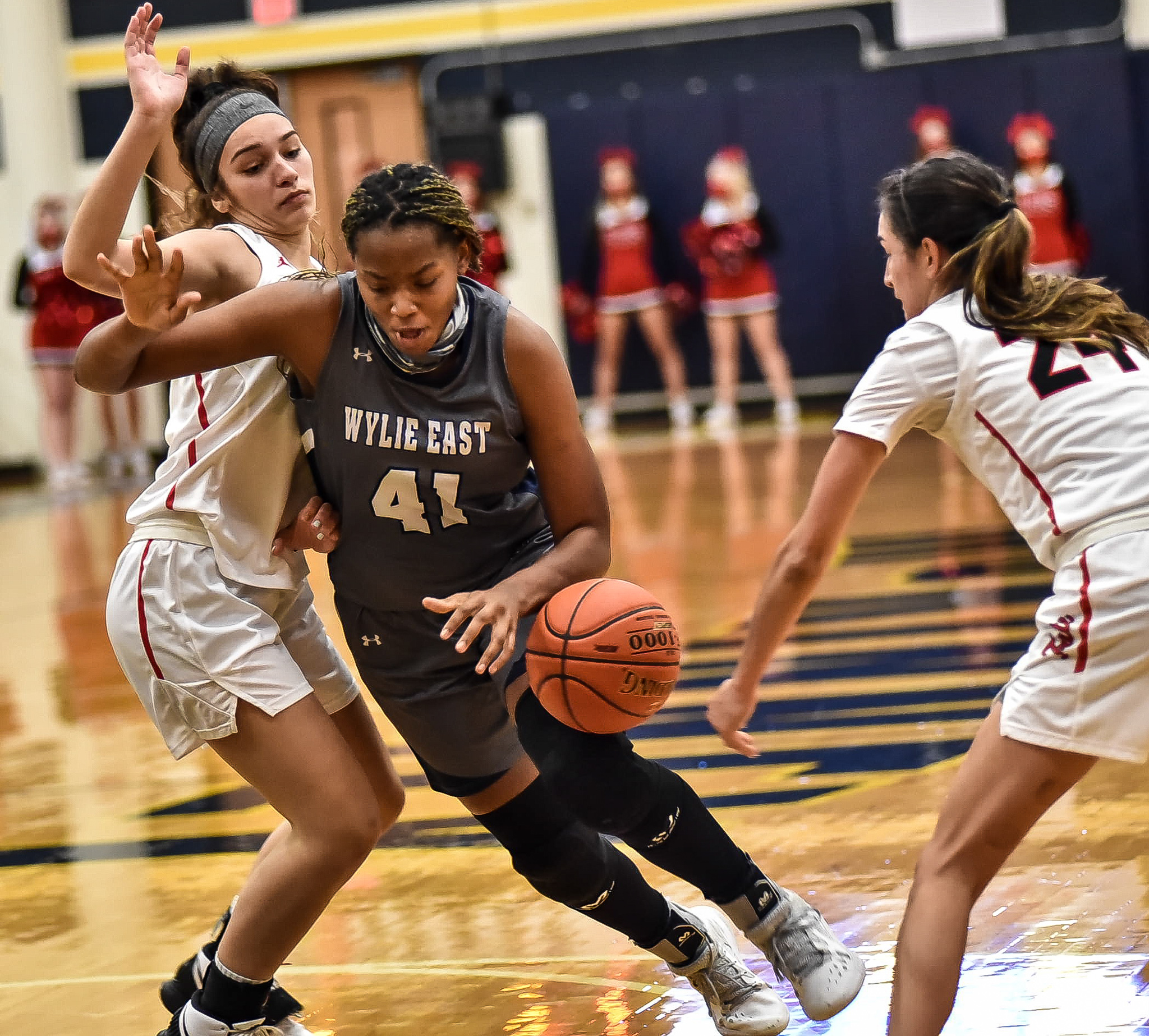 After a comeback victory over Red Oak in the regional semifinals, the Wylie East girls basketball faced a similar scenario in the next game, trailing defending champion Frisco Liberty by 13 points midway through the third quarter of the regional finals. Competing at McKinney High, the Lady Raiders managed to cut the game to three points before the Lady Redhawks were able to pull away, handing Wylie East the 39-32 loss to end a memorable season for the Lady Raiders.

“I definitely have to give credit to Liberty, they did a great job of shutting down things that we’ve done well at all season. Tonight, we just came up short. That being said, we never quit, and that’s what I’m most excited about.”

Cutting the Liberty lead to three points with 6:38 left in the game, Wylie East had all of the momentum in the contest, looking to execute its second straight comeback victory. Looking to earn their third straight trip to the state semi-finals, Liberty found success in slowing down the game, controlling possession of the game while finding open looks. The Lady Raiders struggled against this offensive shift, with the Lady Redhawks able to keep possession for minutes at a time to push the game out of hand. This, along with Wylie East’s struggles from deep, were big contributors to the loss.

One of the Lady Raiders’ best players over the playoff run, senior Akasha Davis had another resilient game against Frisco Liberty, scoring a team-high 11 points in the game. In a low-scoring contest where six different Wylie East players scored, Davis had the most consistent offensive performance, scoring in three different quarters.