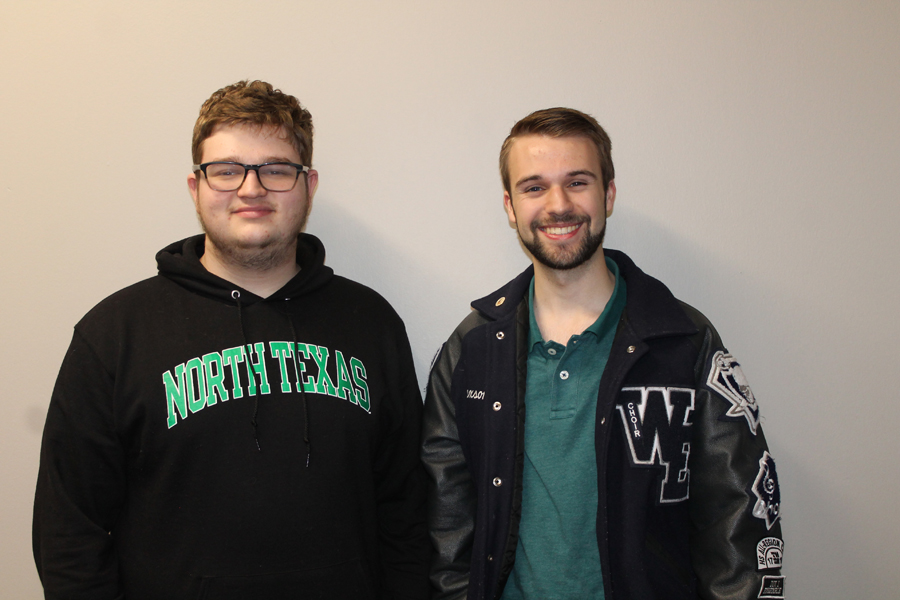 Jaxson Hill and Zachary Kvale, both seniors, were named National Merit Scholarship finalists. Out of 3.6 million seniors in the U.S., only 15,000 earn this standing.

In Wylie ISD, all students take the PSAT their junior year. They join 1.6 million other test-takers across the country, and the National Merit Scholarship Program recognizes the 50,000 with the highest scores. Of these, 34,000 are named commended students, and the remaining 16,000 move on to become semifinalists in September of their senior year.

Semifinalists submit school records, official SAT scores and an application during the fall. In February, 15,000 are named finalists.

Both Wylie East students credit preparation, during class as well as on their own, for their success.

“The biggest thing is realizing you need to study,” Zachary said.

“You want to study, but you also don’t want to stress,” Jaxson added.

They both take Advanced Placement English Literature and AP Government and Economics. Jaxson also has AP Calculus and AP Physics, while Zachary is enrolled in AP Statistics and AP Research.

Additionally, Zachary is in band and Boy Scouts, and recently achieved the rank of Eagle Scout. Jaxson is involved with choir, academic decathlon, robotics and the solar car team.

To prepare for the PSAT and SAT, Jaxson studied Princeton Review guides while Zachary utilized Khan Academy, an online resource.

Zachary plans to study entrepreneurship this fall, and is fairly certain he will attend University of North Texas. Jaxson has not decided on a school yet – he has been accepted to Rice University, Harvard University, University of Texas and Texas A&M. Wherever he goes, he intends to major in engineering.

As they prepare to graduate next month, both students feel grateful for the ways Wylie East and the National Merit Scholarship Program have prepared them for the future.

“Recently (the school) has done it so everyone at the school except for seniors can take the PSAT,” Jaxson said. “That definitely helps improve scores. The more times you take it, the better you do.”

“Wylie East also provides you with the knowledge base of what the test is like,” Zachary added. “More students need to read up about it. It’s a pretty amazing opportunity.”