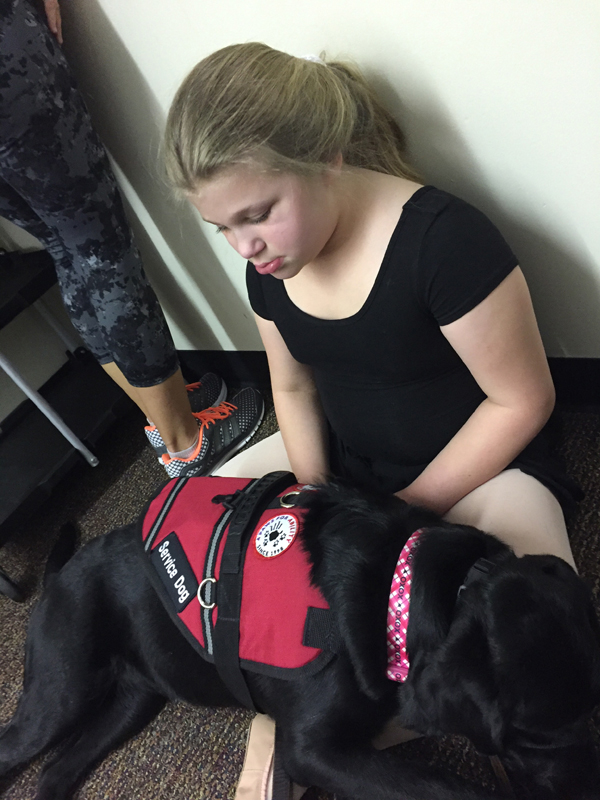 Ensuring every student has the opportunity to attend school and receive a quality education, Wylie ISD has opened up their doors to a furry four-legged new enrollee at Whitt Elementary.

Minaj, an autism service dog, joined the Robertson family in 2015 and quickly became Ava Robertson’s best friend. Ava, a Whitt Elementary student, was diagnosed with autism as a child.

“Ava regressed from a stage in which she would sit independently, to one in which she would only sit while having her back supported,” Amy Robertson, Ava’s mother, said. “We knew at that point something was wrong and began searching for a diagnosis.”

Ava was always quite sensitive to sound but nothing too alarming her mother said. She would startle with certain noises, and jump at unexpected ones. Certain pitches or tones seemed to cause her physical pain, in particular the sound given off by airplanes overhead, lawn mowers, vacuum cleaners, kitchen blenders and even some fast-flowing streams.

In an attempt to determine what was going on with Ava, her parents took her to a succession of specialists ranging from developmental pediatricians, neurologists, geneticists, therapists, and many others. All of them came to the same conclusion; there was no diagnosis to give her.

Eventually a speech pathologist gave a diagnosis of Childhood Apraxia of Speech when she was 3-years-old. She was later diagnosed by two neuropsychologists at Children’s Medical Center with Autism.

“This was both a very happy and very sad day for us,” she said. “We were happy to have a clear name, and therefore books that we can read and things that we could do. It was also very depressing as we mourned the idea of the future that we had in our heads.”

Several years later, the Robertson family stopped by a Tractor Supply Company to see ponies that were penned out front of the store.

“The horses were standing in the middle of the corral and Ava went over to get a closer look. One of the horses came over and hung his head over the rail so that Ava could pet him,” Amy said. “When others came over to see the horse, it backed up. My husband, Brian, and I talked about how this was one of the many examples of the “magic” that happens between special needs kiddos like Ava and animals.” 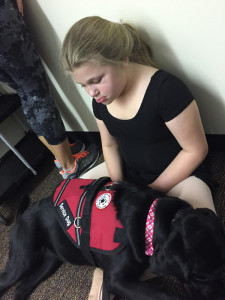