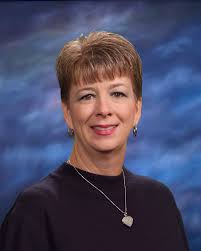 Janet Wyatt has been appointed as the new assistant principal at Wylie East. This will be her first year in Wylie ISD, having lived in the district since 2001.

“It is a chance for me to be closer to home and my children, she said.

In her previous positions, Wyatt said she has been in charge of just about every duty as an assistant principal.

“My goals in education have never changed,” she said. “They are to be a positive example and resource for students and help guide students into making the right choices so that they can be productive citizens in the community.”

Wyatt graduated from the University of North Texas in 1993 with a Bachelor of Science degree in Interdisciplinary Studies with an emphasis in history. She also has a Master of Education degree.

Previously she was the girl’s athletic coach and history teacher at Sam Houston Middle School in Garland ISD. She received her principal certification from Texas A&M Commerce in 2002. She was employed at Naaman Forest High School in Garland for 11 years as the assistant principal and at Garland High School for one year. For the last two years, she has been the associate principal at Frisco High School.

Wyatt is looking forward to her new career venture saying, “Wylie East is a great school.”