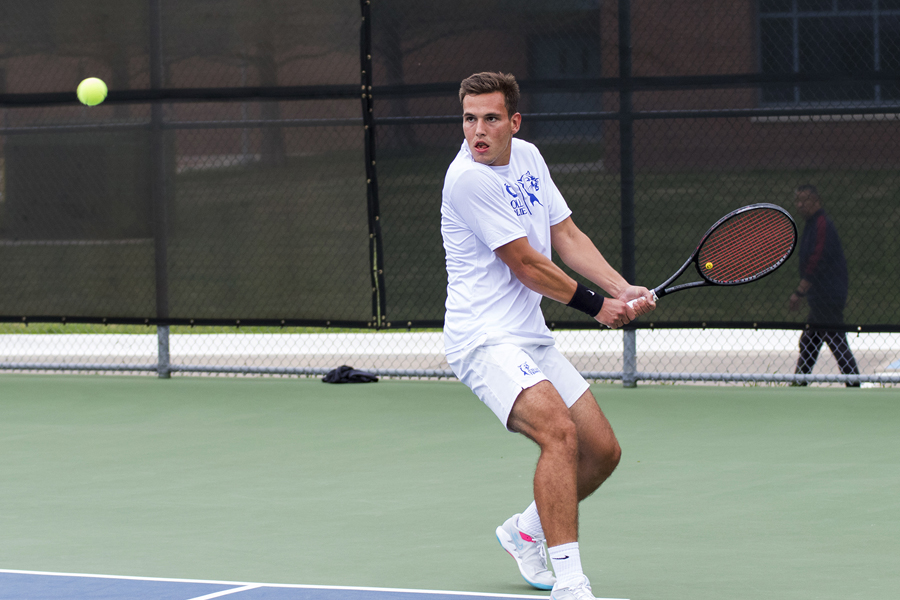 The title All-American is given to student-athletes who finish in the top 10 play­ers in singles play as ranked by the ITA, the governing body of college tennis in the United States. Bednarczuk, originally from Lublin, Po­land, ranked fourth in sin­gles play, nationally.

“He is a great student ath­lete who gives 100 percent on and off the court,” Coach Charity Andrews said. “He works hard daily not just on the tennis court but also takes care of eating healthy and staying in shape. I am excited to have him return­ing for year two.”

Andrews also noted that Bednarczuk has a 4.0 GPA. He and his doubles partner Michel Zobel ranked sev­enth in the nation, but only the top five ITA NJCAA doubles teams are honored as All-American.

The Collin College men’s team finished sixth overall, nationally. Other ranked men’s singles players in­cluded: No. 13 Agustin Ka­linowski, No. 21 Timothy Karpinski, No. 35 Jorge Abreu, and No. 50, Charlie Heffernan. Collin’s other top men’s doubles teams were No. 14 Kalinowski and Valentin Rivadeo and No. 24 Heffernan and Edward Shteyn.

The Battle of the Badges was waged this year between the Wylie Fire-Rescue and Police departments. Carter BloodCare operates the blood drive and there were three buses this year at the Bluegrass on Ba
View on Facebook
· Share

Two suspects have been ar­rested for the recent murder of Sachse resident Salah Eid and a third suspect is still at large. On June 7, Sachse Police De­partment responded to a welfare concern in the 35
View on Facebook
· Share