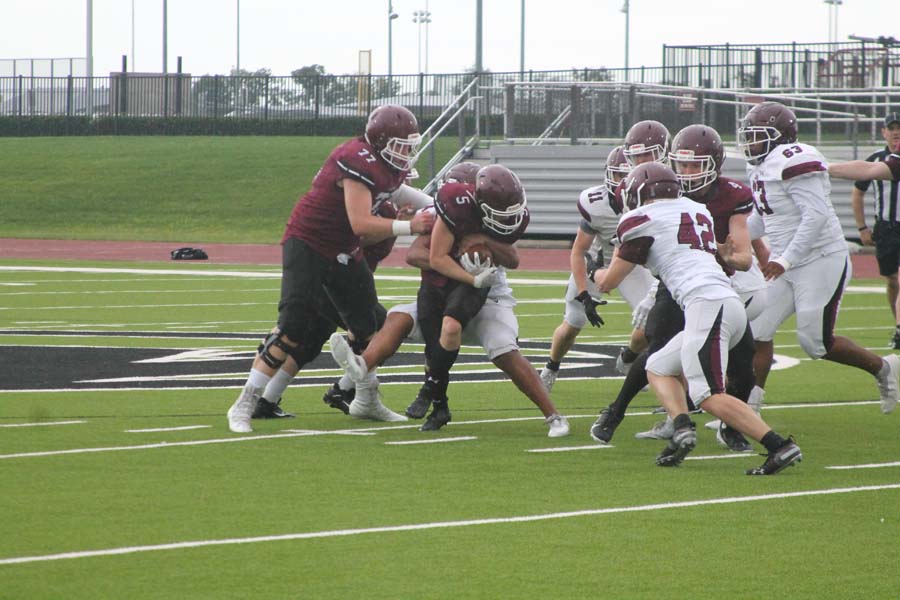 Losing your top two running backs can be tough for any foot­ball team, but the Wylie Pirates have reinforcements on the way.

The Pirates rushed for over 1,400 yards during the 2020 season but lost their top three runners from year to graduation. Running backs Will Perry and Darrick McClendon showed the speed and versatility in the backfield, while quarterback Marcus McElroy had the size to get the tough yards when need­ed.

With new players across the backfield, it will be up to Blake Fuller to carry the majority of the load for Wylie in 2021.

“He’s moving back to run­ning back after playing the po­sition on JV in season’s before,” head coach Jimmy Carter said. “With his athleticism, we need­ed to get him on the field last year so we moved him to wide receiver and now he’ll get a chance to prove himself.”