Student wants to help people, travel the world one day 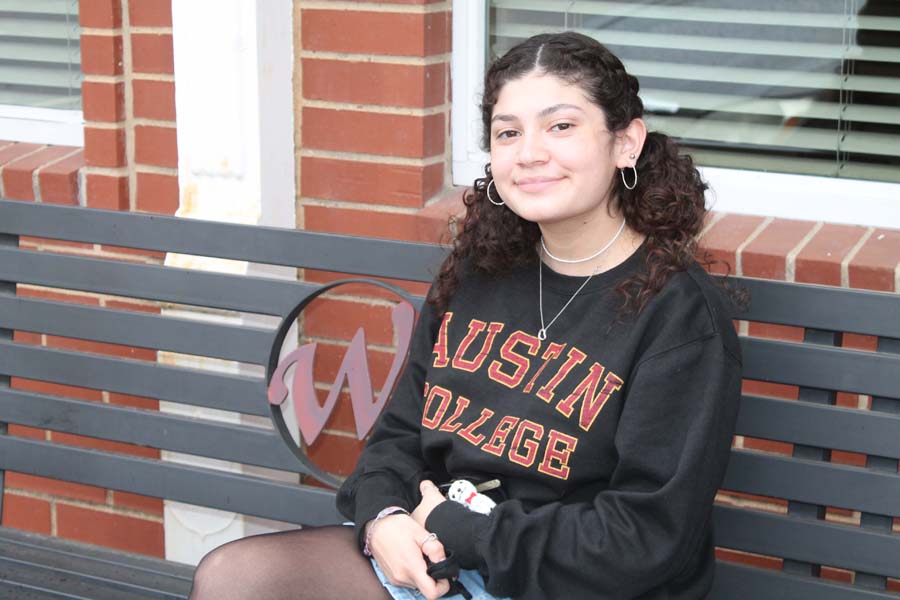 Everyone copes with some kind of challenge in life, and Delia Martinez, with a roll with the punches mindset, has settled into living in Texas.

The Woodland Hills, Calif., native has lived here for five years after moving to North Texas from Aurora, Colorado, where she lived for nine years until her family relocated here because of her mother’s job. She works for State Farm as a team manager.

“I definitely didn’t like it at first, but I’ve grown to love it a lot,” she said about Texas, ex­plaining she didn’t like “sticky humidity” and lack of outdoor recreational activities that were prevalent in Colorado. Still, she said, people here are “really sweet and nice.”

Delia, 18, plans to attend Austin College and will major in political science. She is think­ing about double minoring in art and nonprofit organizations. She received two scholarships – the Presidential Scholarship and an art scholarship.

She explained how she chose her major and minors.

“I know I definitely wanted to do something that had to deal with helping people, and being involved in the political field somehow,” she said.

She researched political sci­ence as a field of study and dis­covered that a person can work in a variety of jobs. Ever since she was young, she has wanted to open something similar to a Boys and Girls club.

For the full story, see the May 26 issue or subscribe online.