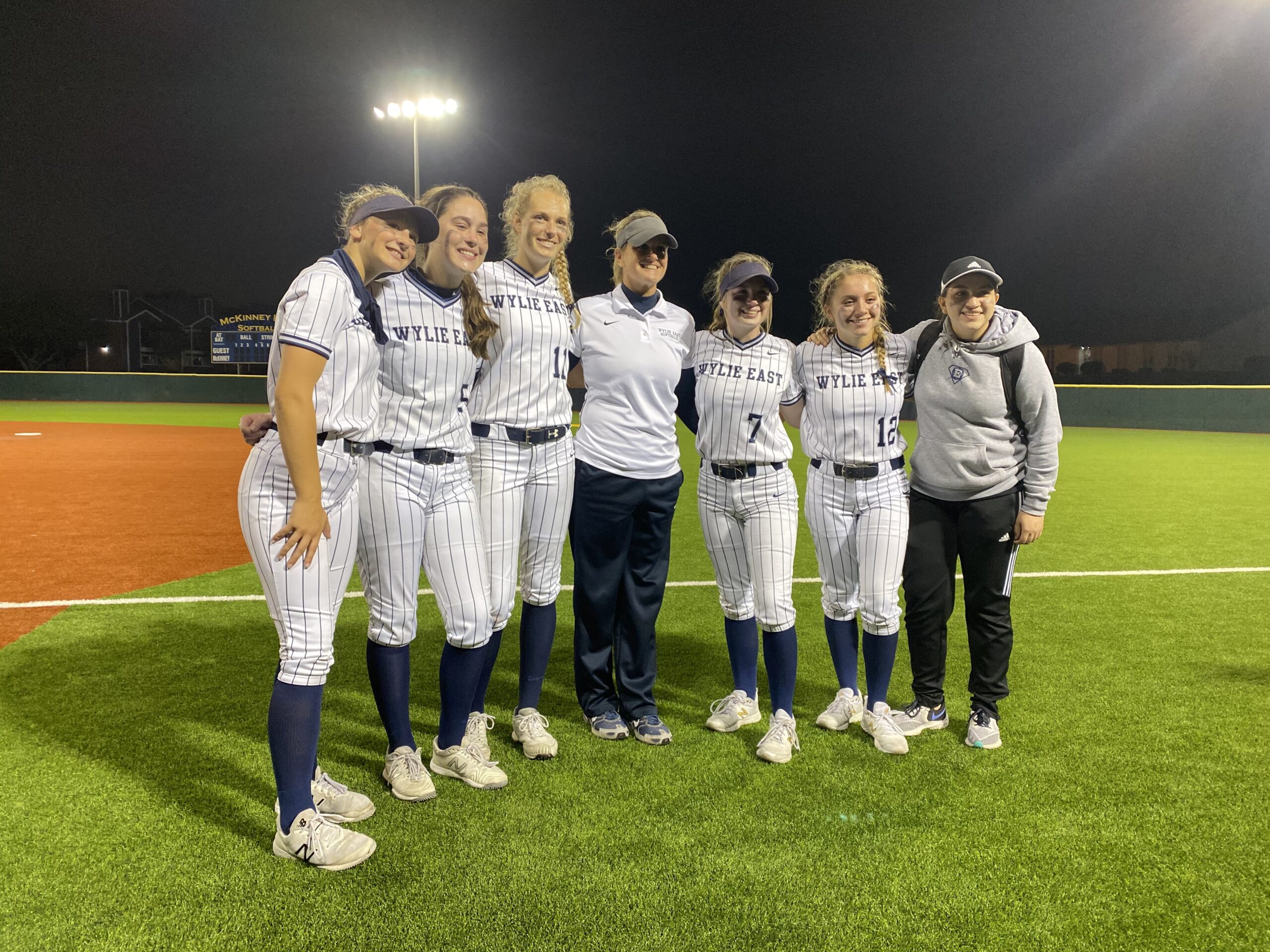 After reaching the postseason with an 13-14 overall record, the Wylie East softball team faced a tough challenge in the first round of the playoffs, battling Frisco Memorial at McKinney High School in a best-of-three playoff series.

After dropping game one the previous day 3-1, the Lady Raiders entered Friday night’s matchup with Memorial looking to even the series, earning an opportunity in game three. With the score close late, Wylie East had the opportunity to send the game to extra innings until a cold streak offensively cost them the contest, with the Lady Raiders losing 6-5.

“One of the things we talked about in terms of evaluating ourselves is how scrappy we are,” Southern said. “We don’t quit. We went out like we always do and fought until the very end. Tonight, we started to make a run at the end, but we allowed a few too many runs before then. Couldn’t afford to play catchup tonight.”

Heading into the bottom of the seventh inning, Wylie East needed a lot to record the victory over Frisco Memorial, trailing by five runs. After going four straight innings without a run, the Lady Raiders managed to get into a rhythm in the final inning, scoring four runs while loading the bases to put themselves within a run of earning a tremendous comeback win. However, this victory wouldn’t arise as Andrea Boling and Jaylie Sibley were unable to get a ball into play in consecutive at-bats, as the Lady Warriors held on to the win.

Whether in the circle or at the plate, senior Ashlyn Wood was a big part of Wylie East’s success against Frisco Memorial in this series, throwing a one-hitter in game one before being solid at both areas in game two.