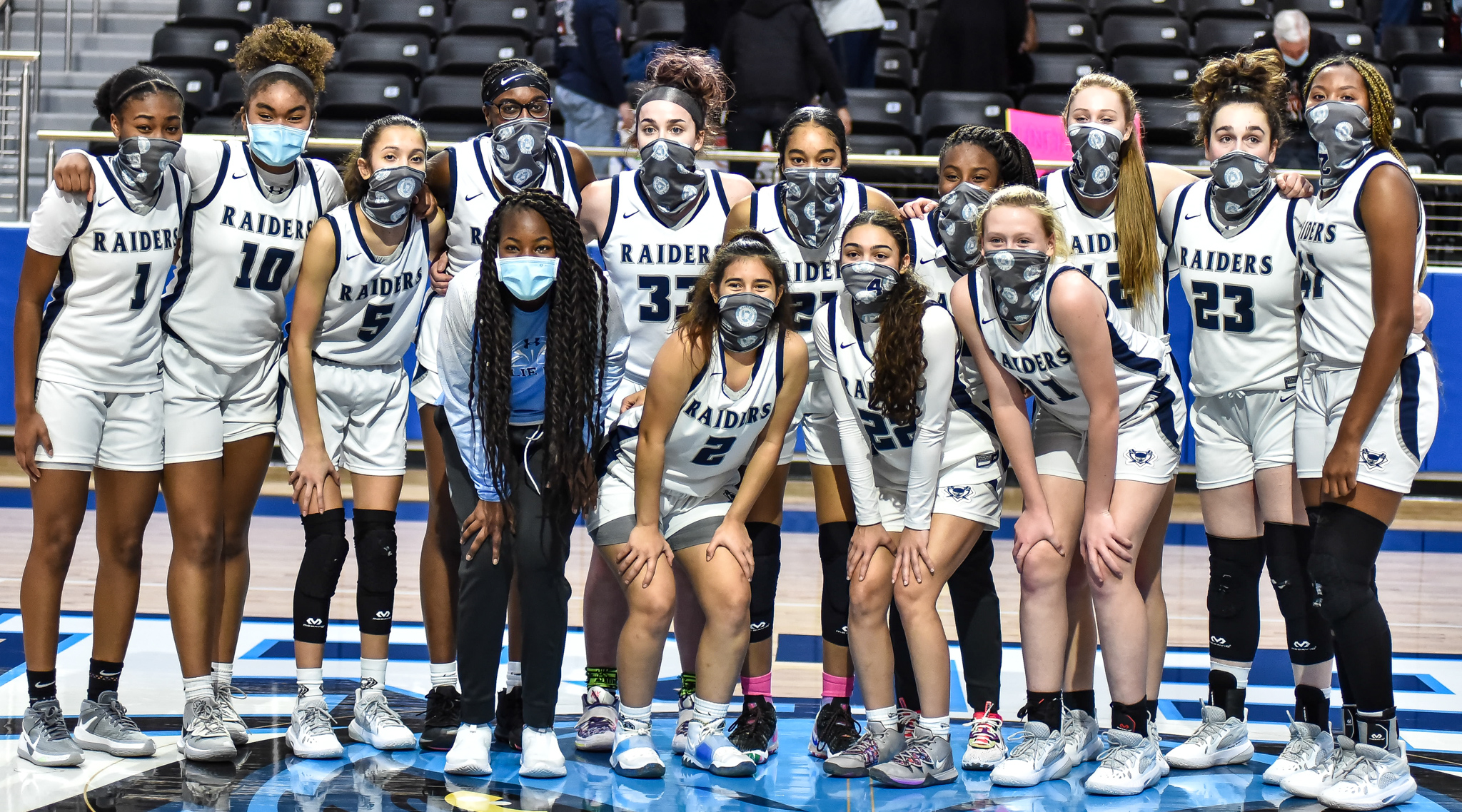 The Wylie East Lady Raiders struggled at points in their bi-district playoff game.

Sometimes, playoff basketball isn’t easy, but it’s all about surviving and advancing. The winners of 14 straight games to end the regular season came into the bi-district playoff round against Frisco Centennial as favorites to move on. As the one-seed, the Lady Raiders had high expectations for this postseason, and with a massive size advantage, were able to overwhelm the Lady Titans in the second half, going on to win 58-33 last Friday.

Wylie East got off to a slow start in the first quarter, going down 5-2 early in the game. Frisco Centennial’s defense worked hard to pack the paint on Wylie East to try and limit the size advantage and it gave the Lady Titans some success early on in the action.

Then senior leading scorer Akasha Davis was able to steady the Lady Raiders, starting with a couple of steals on the defensive end and scoring eight of the team’s 10 points in the first quarter. Wylie East went into the second up 10-8.

Just when it seemed like Wylie East had gained the momentum, Centennial began mounting a run late in the first half, even tying the game at 18 with less than a minute to go. Trying to hold off East to force a tie game, Centennial left Wylie East’s Aaliyah Halstied open on the wing, and she was able to bury the three-point shot with a little bit of time remaining. Wylie East went into the break up 21-18 and the momentum squarely in their favor.

The floodgates began to open in the second half after Wylie East made some adjustments to open up space in the paint for their forwards. It started on the defensive end, as Wylie East began to force a few turnovers, led by Davis and Taylor Dailey on that end and then moving the ball from side to side on offense and hitting some jump shots when they needed to give Davis and Keyera Roseby the opportunity to attack inside and find some points.

Roseby, who finished the game with seven points and five rebounds, scored four of her points in the quarter, as she provided a spark to the Lady Raiders. Wylie East had a 18-6 advantage over Centennial in the third quarter, breaking the game open for a huge lead. At that point, the result was never in doubt as Wylie East advanced behind the strong play inside.

Davis led all scorers in the game with 27 points and 23 rebounds, another double-double for the star forward who signed to play for Lamar. The other top scorer was Dailey, who scored six of her 12 points in the fourth quarter for the Lady Raiders, hitting multiple jump shots to stretch the floor and also contributed three steals on the defensive end.

The win for the Lady Raiders marks 15 in a row, continuing their strong form from the perfect district championship run.

They advance to the area finals, where they will play Woodrow Wilson High School at a time and date to be determined. Wilson was able to win their bi-district playoff game by dominating on the defensvie end and knocking off Spruce 51-22. The Lady Wildcats come into the matchup with a 17-8 record overall and 15-2 in district play. They’re a young team that has depth in the offensive game, evidenced by the 10 different scorers in their opening-round win. The top scorer for Wilson is freshman forward Ellery Sample, who finished the regular season averaging 11.8 points per game and 8.2 rebounds per game.

Wilson has the talent and depth that can challenge Wylie East, but the Lady Raiders’ defensive intensity could give them an advantage. The Lady Wildcats average 23 turnovers a game, while Wylie East’s full-court press has forced a lot of teams into mistakes. Wylie East and Wilson are scheduled to tip-off Tuesday at Naaman Forest High School at 6:30 p.m.