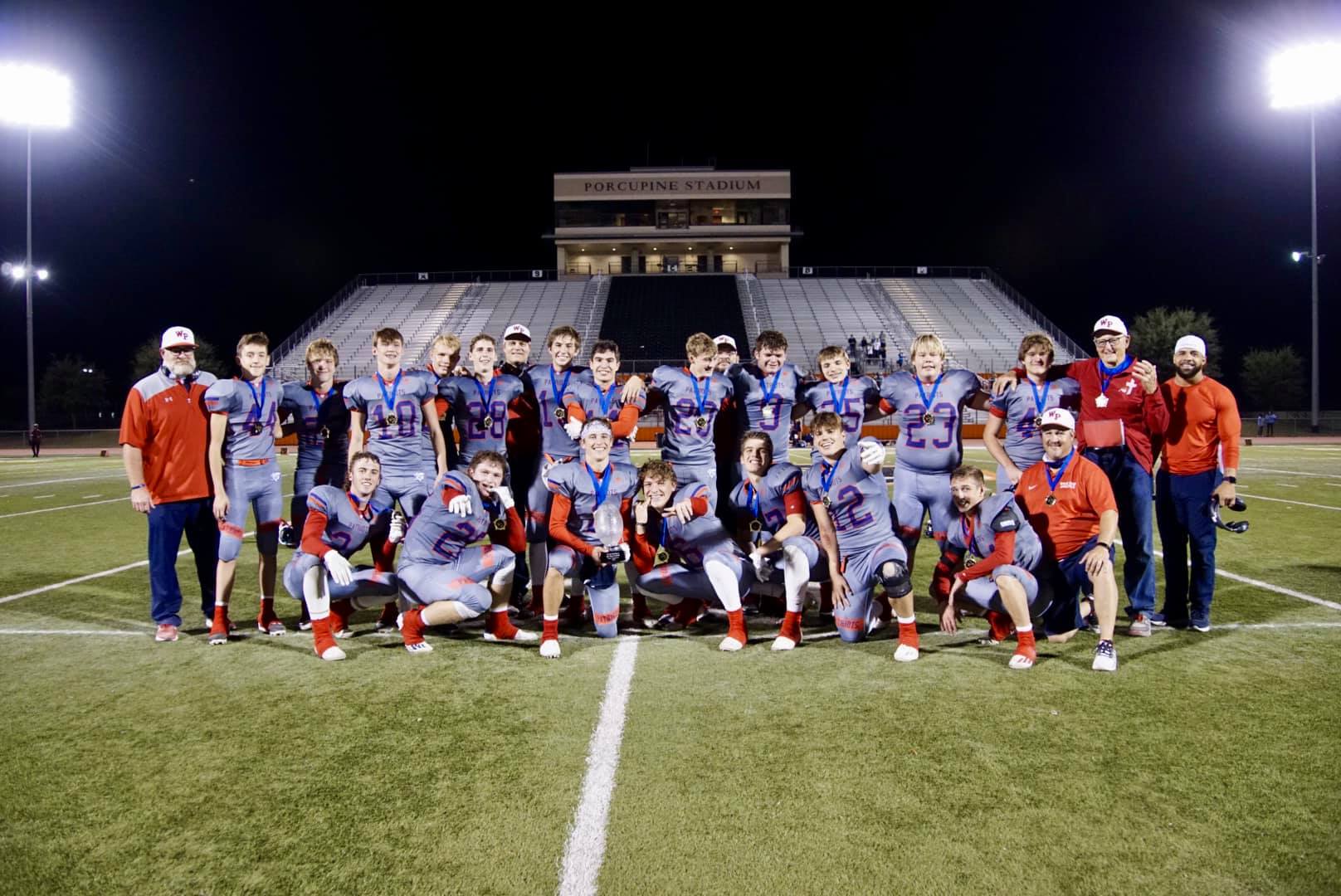 They say there is nothing sweeter than revenge. The Wylie Preparatory Academy Patriots got theirs in a 54-28 win over the Westlake Academy Blacksmiths on Nov. 21 in the TCAF Div. 1 State Championship game.

For the third straight year, these two teams have met in the title game for the championship, with the Patriots winning in 2018 and now 2020.

Colby Dye was awarded the game’s Most Valuable Player award for his performance.  He threw for 105 yards and rushed for 180 more.  He scored a total of six touchdowns on the night—two passing, two rushing and two receiving.

Catching Dye’s touchdown passes were Jake Durbin and Christian Chambers.  The pass to Durbin was for 37-yards and opened the scoring for the Patriots and recaptured momentum from the Blacksmiths who had just scored on their opening drive.  The pass to Chambers came at the end of a second quarter in which Wylie Prep outscored Westlake 24-8.

The Patriots’ defense was also on lock down for the entirety of the game.  They forced the Blacksmiths into long third and fourth downs throughout the night.  The key defensive performer, Mace Melbert, reeled in an interception in the fourth quarter to seal the deal.  Melbert also earned the TCAF All-State Game award for his achievements in the game.

In his time as head coach at Wylie Prep, Larry Uland has led the Patriots to five state championship game appearances and three victories.  This past season was his 60th season of coaching football.