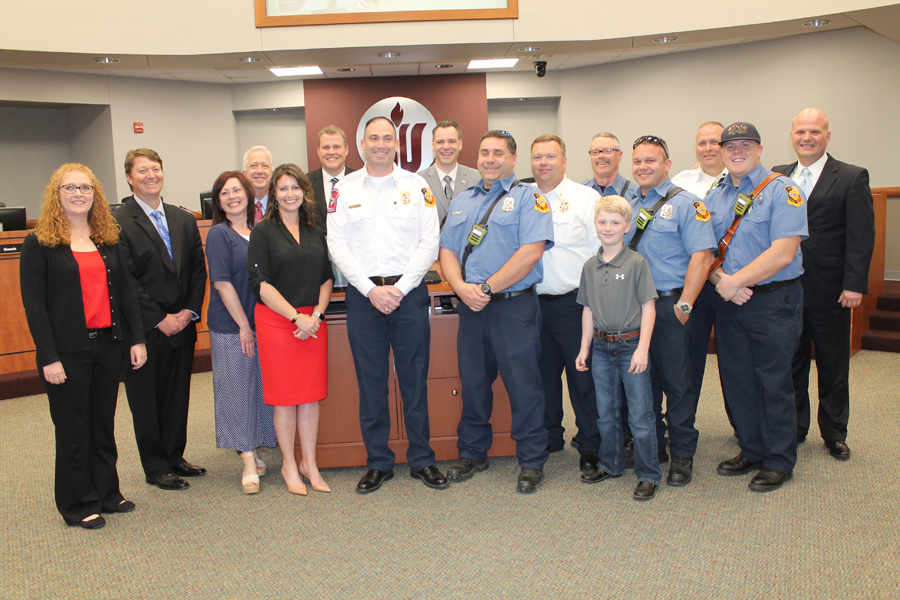 Wylie Fire-Rescue was selected to receive The Wylie Way Award for February from the WISD board of trustees.

Approval to seek bids for almost $2 million in renovations to three school campuses was approved last week by the Wylie Independent School District board of trustees.

Planned are updates to the front entry areas of Akin and Birmingham elementary schools and construction of additional science laboratories at Wylie High School.

The school board met in regular session Monday, March 26. Much of the meeting consisted of acceptance of donations and student recognitions, plus an update on the WISD orchestra program.

As the oldest elementary campuses in the school district, the front entry areas at Birmingham and Akin will be updated and enlarged. Improvements will include awnings, signage, safety features, larger office space and reception counters.

For the full story see the April 4 issue or subscribe online.