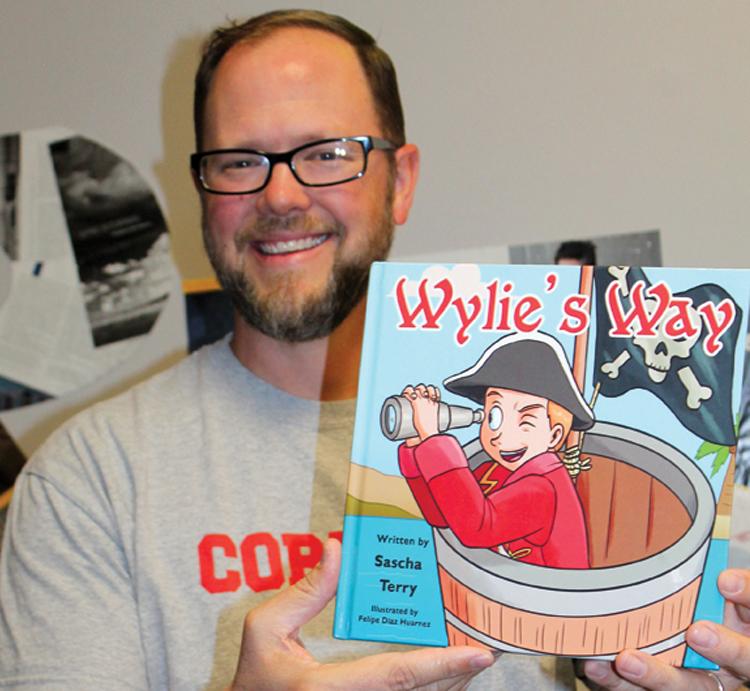 “Wylie’s Way” is the story of a young pirate named Wylie who wants to be different from other pirates by being true, kind and responsible.

“In the book, I’m trying to encourage children to be of good character and how making good choices can benefit you,” the author said.

“Here at Wylie ISD, we have The Wylie Way. Four times a year we talk about the core values of respect and responsibility, caring and giving, grit and preparation, and gratitude and celebration,” Terry added.

The teacher recalled that he had visited with his oldest daughter for two years about what he could do to promote The Wylie Way message. He then talked with WISD Superintendent David Vinson about how he could promote a message in which he believes.

“I didn’t intend on writing a book,” he said.

For the full story see the September 20 issue or subscribe online.