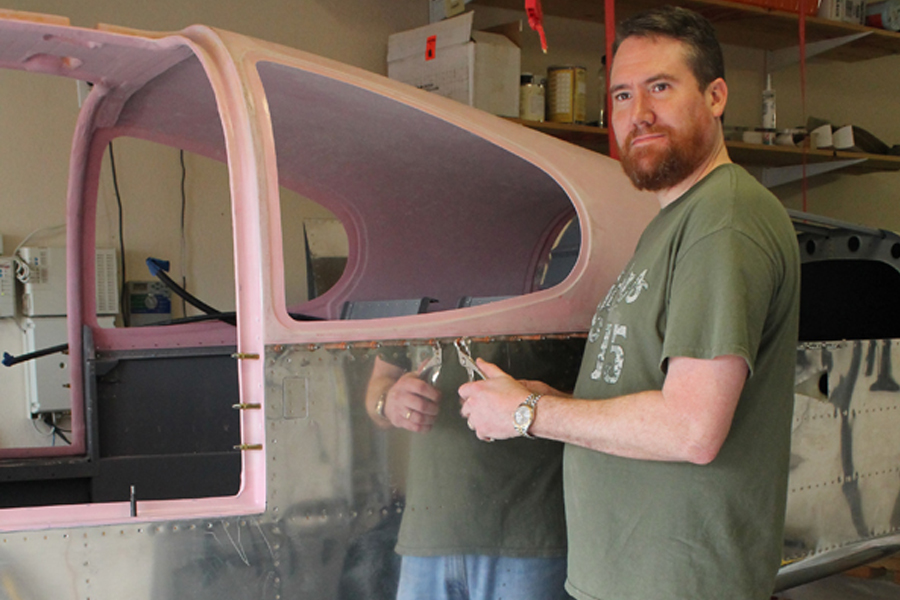 Some people enjoy the outdoor pursuits of hunting and fishing, others may count stamp collecting as their hobby, but Michael Holck of Wylie is building an airplane is his garage.

“It’s a way to relax. I don’t think about work, I think about the build,” Holck explained.

The Wylie man is a native of Denver, Colo., who moved to DeSoto in high school with his family and earned a degree in computer science engineering at the University of Texas-Arlington. He works out of his home as director of software development for ESAC, Inc.

Holck learned how to fly in 2005 and has about 300 hours in the air, mostly making “$100 Hamburger” runs, a term that refers to flying to a destination to eat lunch—it may cost $100 in fuel for the round trip. He noted, however, that he has not been up to fly in awhile.

The pilot rented airplanes after earning his license, but like most flyers wanted to get his own plane. Researching a purchase, he was not satisfied with what he found on the market.

“I wanted to get a plane. The stuff that was affordable was built in the 1960s and 1970s and I wasn’t interested in that,” he said. He also determined that a new airplane was prohibitively expensive for his budget, so he looked at building his own airplane and settled on a kit from Vans, one of the most popular suppliers of home-built airplanes.

True to his training as an engineer, Holck thoroughly researched the project. He took a 2-day class offered by Experimental Aircraft Association to learn metalworking that emphasized the skill of riveting and found that he enjoyed the training. 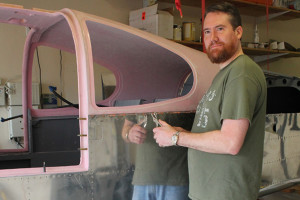