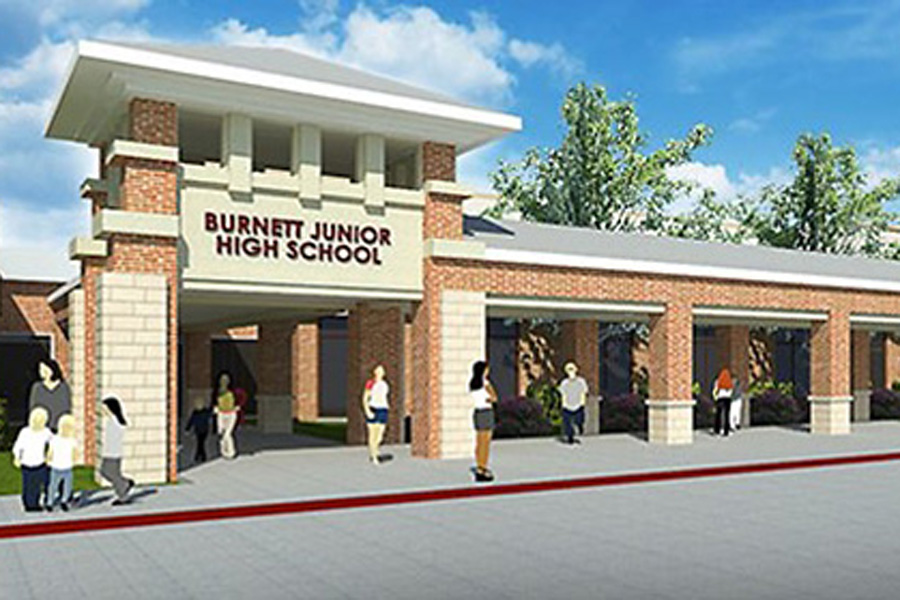 Burnett Junior High has a long list of renovations and upgrades to be completed over the next few years, many which will give the school a whole new look. Project funding is due to the passing of the 2014 bond proposal.

The 39-year-old school will receive $4.035 million in improvements.

In May, safety concerns were addressed by installing a badge system and access control. Hand dryers were installed and technology upgrades are being addressed through the addition of wireless access points, network upgrades, switching closet upgrades and the replacement of projectors.

Projects are expected to be completed in September.

Tennis courts, which will be available for public use, will be built in August with an expected completion in March 2016.

The school will also have major renovations to help accommodate for its continued rise in student population.

“The front of Burnett will be completely transformed and we will look like a brand new school,” said Principal Mike Evans. “We are getting a new administrative space, four new science classrooms and repurposing several other spaces. All designed to better meet the needs of our students.”

The boilers and exterior door work began in May and are expected to be completed in 2017.

In May 2016 LED parking lot lighting will meet security needs and fire alarms will be replaced. The school will also receive updated digital signage and new network cabling. Projects are expected to be completed by September 2016.

In 2017 the school will receive a new HVAC system and an exterior paint job.

Construction projects throughout the district are under the management of Gallagher Construction Services and PBK Architects.