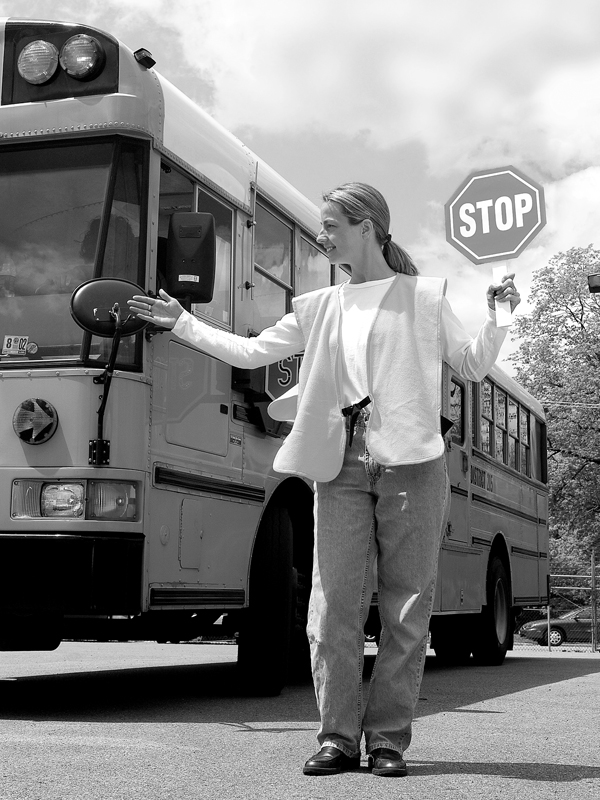 Throughout the district, hundreds of students cross safely at various intersections in Wylie ISD thanks to crossing guards. The friendly faces in yellow and orange are under the direction of Sgt. Matt Miller, SRO for the school district, who is responsible for the employment and training of 14 crossing guards.

“The primary goal and concern of these guards is the safe crossing of the children they serve,” he said. “They are trained before they are hired and receive summer training annually.”

Crossing guards must successfully complete a training program in traffic direction as defined by the basic peace officer course curriculum established by the Commission on Law Enforcement Standards and Education. This is the same course that police officers must go through to direct traffic.

Guards are directed to stand in a visible location. When stopping traffic they are to look directly at the driver and with arm extended point at the driver then raise their palm and hold position until traffic has stopped.

Pedestrians are guided to stand behind the curb, away from the roadway, until movement of vehicles has stopped.

While crossing guards may not carry a weapon, as officers of the law do, they are able to write down traffic violator license plates and hand them over to the police department if they feel a ticket is deserved.

“If a crossing guard reports a vehicle for failure to comply with traffic directions, someone from the department will reach out to the individual to talk to them,” Miller said.

The evaluation of where to place crossing guards is a collaborative effort between the city engineer, Chris Holsted, the police department and school district.

“The objective is to find the safest location, with the largest amount of student foot traffic and the least amount of vehicles passing,” Miller said. “Typically these locations are four way stops.”

Miller explained that four way stops are the easiest to control.

“In an intersection scenario of this nature, guards can see all vehicles and know that oncoming cars would have to drive around or rear-end the stopped vehicle if they weren’t paying attention,” he said. “The crossing guard can have their eyes on these vehicles easily while still watching the students cross.”

While the safe crossing of students is the main objective of a crossing guard, the expedited movement of vehicles is important as well.

“We are currently working with the city, evaluating intersection changes that would help protect walkers,” Miller said. “At stoplights, vehicles are allowed to travel the direction kids are walking. Guards are there to make sure drivers do not turn right on red. This could put a child in danger if the driver were not paying attention.”

Holsted said when a roadway is expanded that contains a school zone and/or crossing the city coordinates with the police department and WISD.

“The school zone/crossing could remain in the current location, be relocated to a safer location, be expanded or be removed,” Holsted said. “Every situation and location is unique.”

Crossing guards are employed through the Wylie Police Department but are partially funded, 50 percent, by both the district and PD.