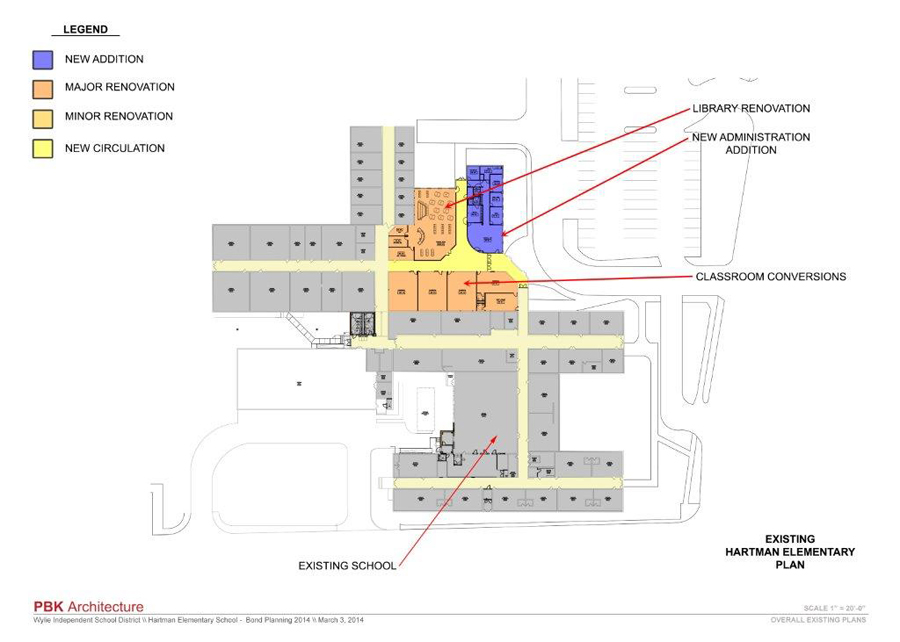 Hartman Elementary, the oldest elementary in Wylie ISD at 51 years, will be receiving a large chunk of change from the 2014 $94.2 million bond package.

The campus is expecting $2.4 million in updates and renovations over the next two years.

Beginning in May, with an expected completion in September, the district began updating the school with new hand dryers, wrought iron fencing inside the playground, technology upgrades including wireless access points and network upgrades, a new paging/bell system, a portable sound system for the choir room and projectors will be replaced.

Shawna Ballast, Hartman principal said the safety of the students and staff is a priority.

“When our basic needs are met, such as safety, we are able to focus on academic achievement,” Ballast said. “To make Hartman an even safer place we are installing a brick fence around the perimeter of the playground and installing an access control and badge system.”

Replacement of exterior doors, furniture, fixtures and equipment began in May with an expected completion of September 2017.

“Not only will Hartman be a safer school,” Ballast said. “It will be far more comfortable with the renovations to the building, upgrades in technology and the replacement of the HVAC system to be completed by 2017.”

The school will get a major facelift beginning in October. A new administration addition will be built on the front of the building with classroom conversions and a renovation to the library. A new circulation pattern of hallways will be constructed to allow for better flow.

In May 2016, LED parking lot lights, new network cabling and digital signage will be installed, with an estimated completion date of September 2016.

Construction projects throughout the district are under the management of Gallagher Construction Services and PBK Architects.