Dodd Elementary renovated inside, out 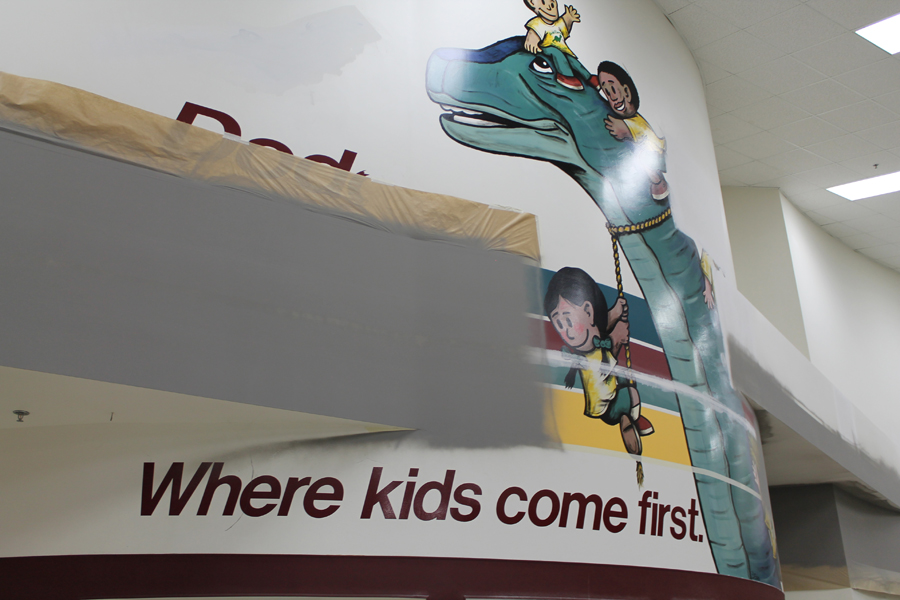 Dodd Elementary is seeing major renovations. Here the school mascot, a dinosaur, will be getting a paint makeover.

Dodd Elementary is expected to receive its fair share of improvements over the summer months thanks to the Nov. 4, 2014 bond approval. The bond was passed with 71.7 percent of the district’s vote. The school is 15 years old and will see an estimated $2.9 million of the $94.2 million in bonds that were passed.

The removal and replacement of a new roof began June 8 by contractor Martin Tomlinson.

Exterior doors will be replaced as well. This project began in May but is not scheduled for completion until 2017.

Beginning in May 2016 carpet, stage flooring and floor tiles will be replaced. The fire alarm panel will be replaced and LED parking lot lighting will be installed along with new digital signage. These projects will not be completed until 2017.

In 2017 the HVAC system will be renovated.