Jordie Harr’s teammates and opponents know she is a special player; so do the folks at Gatorade.

For the second straight year, the Sachse junior was selected the Gatorade Texas Girls Soccer Player of the Year following a campaign in which she helped direct the Last Mustangs to an appearance in the Class 6A Region II semifinals.

“I felt like I had a chance to win, and winning it a second time just makes it more special,” said Harr, who has played for Sachse as a sophomore and junior.

This past season, the junior recorded 28 goals and 17 assists for the Lady Mustangs, despite missing a lot of games due to prior commitments. However, she still was named the District 11-6A Offensive Player of the Year.

“I am super proud of her,” said Sachse head coach Kristen Campbell. “She is a great kid and she deserves it.”

The coach added, “She’s a super hard worker, and just puts 110 percent into everything, and to have that on the field with what we had already; it just takes us to the next level.”

When on the field for Sachse, Harr combined with fellow junior Cyera Hintzen to form one of the best 1-2 combos in Texas. During the playoffs, the duo really clicked during the Lady Mustangs’ three wins.

“We’re like friends off the field, and that helps,” Harr said. “We have been playing with each other for a long time, since about 10 years old, so we know (what the other is going to do).”

Campbell added, “It is amazing to watch Cyera and Jordie play together. They are friends off the field and it just spills on to the field … They know exactly what (the other) is going to do before they do it, and it’s one of those things you don’t see every day.”

Harr, along with the majority of Sachse’s starters, are scheduled to return next season; that should make the Lady Mustangs one of the preseason favorites to win district. This summer, Harr expects to hone her skills in club ball (Dallas Sting) and, hopefully, at more USA soccer summer training camps.

She also has orally committed to Texas Tech University.

“(I want to) definitely try to win state next year, because it is my last year,” Harr said. “I think that will be really cool to have a state (soccer) championship.”

END_OF_DOCUMENT_TOKEN_TO_BE_REPLACED 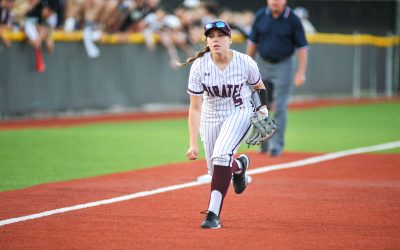