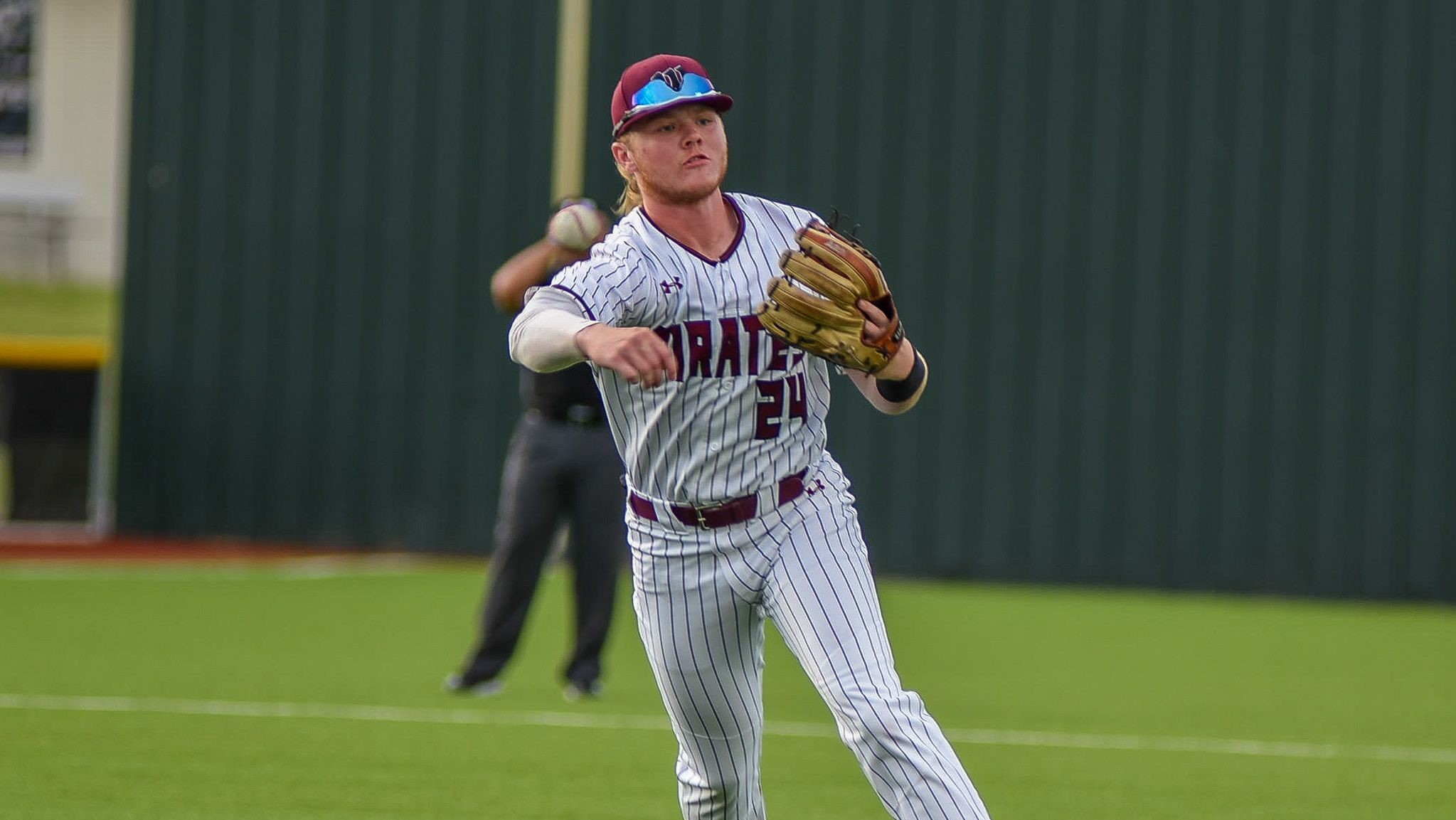 Sometimes a singular play or moment in sports can lead to a team’s demise.

Almost like a gut punch, that one play can be difficult to come back from and creates doubt. The Wylie Pirates baseball team took multiple gut punches, got back up, and nearly pulled the comeback victory.

In the end, it was Rockwall coming out on top, winning game two of the UIL 6A Region II Quarterfinals 6-3 on Friday night.

Wylie got off to a hot start with a run in the top of the first inning courtesy of a Luke Wiseman single, but couldn’t capitalize on the momentum. In the top of the second, the Pirates had runners on first and third with no outs when a double steal attempt led to Jaxon Borserine getting tagged out at the plate and Dawson Cox getting tagged out at second for the 6-2-4 double play.

The Yellowjackets then scored four runs in the bottom of the second, three of which came with two outs after an error by third baseman Wiseman prolonged the inning. Wylie later had a runner on third base in the third and fourth innings but failed to get a run.

More controversy ensued in the sixth inning, as the Pirates got their first three runners on base, but a squeeze play with runners on second and third led to a Thomas Spencer getting tagged out. Head coach Beau Snodgrass and the rest of the Pirate faithful were unhappy with the call, which was Wylie’s third runner tagged out at home in the game.

Despite cutting the lead to 4-3, Rockwall scored two more in the bottom of the sixth to regain their three-run advantage. One run was on a close play at the plate, again in Rockwall’s favor as the batter was called safe.

Wylie’s season comes to a close with a 26-12-1 record and a District 9-6A Championship. The Pirates have 13 seniors graduating from the roster this season.