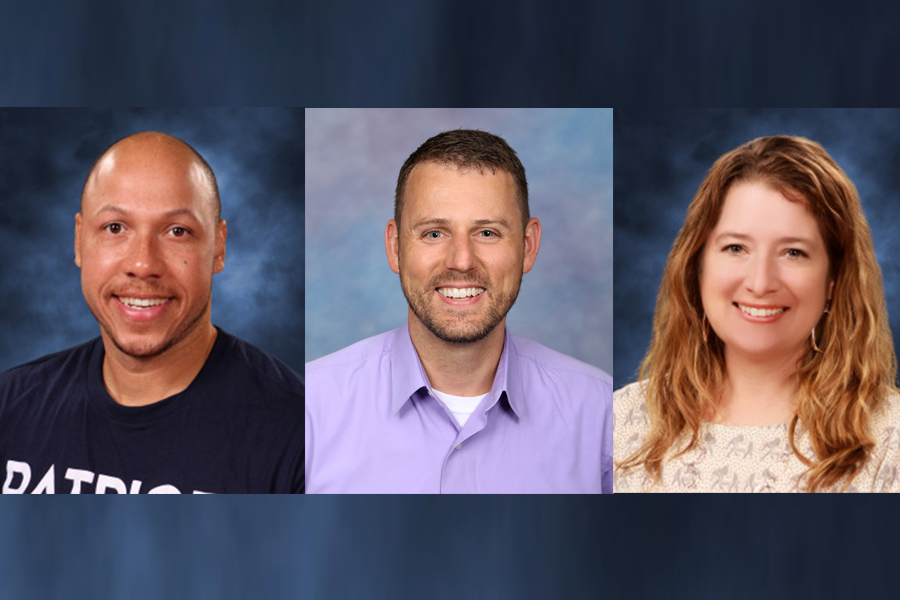 Three Wylie Independent School District assistant principal positions have been created to meet increasing enrollment and have been filled by promotions for the 2018-19 school year.

She joined Wylie ISD in 2014, and has served as a fourth grade teacher since. She is a graduate of Wylie ISD’s Teacher Leader Academy, holds a bachelor’s degree from Texas A&M University and a master’s from Lamar University.

Jacobson has been in Wylie ISD his entire 12-year teaching career. He started at Wylie High School as a science teacher in 2005, earning campus Teacher of the Year honors in 2010. In 2012 he became the district’s secondary level science learning specialist. He is also a master teacher for UT–Southwestern’s summer biology camp. Jacobson holds a bachelor’s degree from Williams College and a master’s from Texas A&M – Commerce.

Gilliam served in the U.S. Air Force, Department of Homeland Security and as a state trooper before becoming a teacher in 2011. In 2013, he joined the Wylie ISD and has served at Draper Intermediate since, earning that school’s Teacher of the Year honor in 2014.

He is a graduate of the district’s Teacher Leader Academy and Aspiring Administrators Academy, earned his bachelor’s at Adelphi University and is completing his master’s at Lamar University.