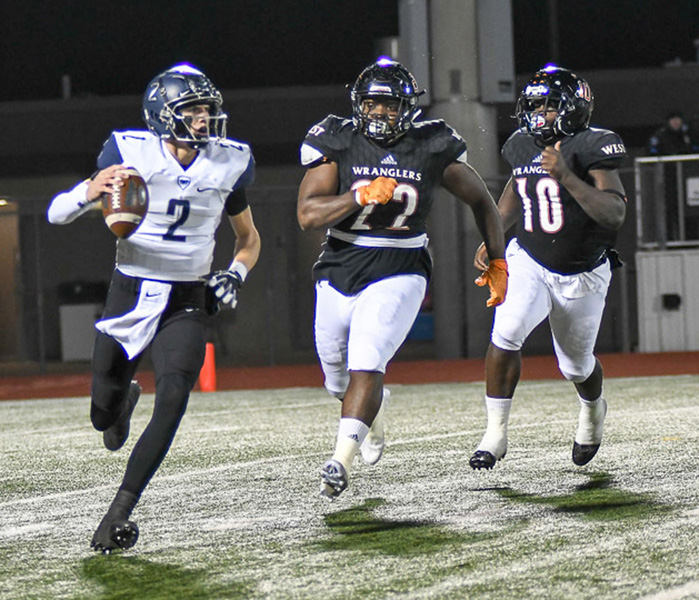 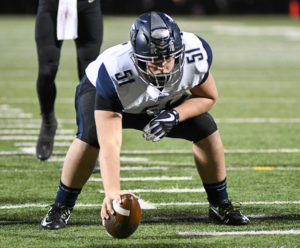 The Raiders have one more chance to secure a district victory before the home fans this Friday, when the blue and white hosts the Forney Jackrabbits.

This past week, Wylie East fell to 0-5 in District 15-5A and 1-7 overall after falling 42-6 at West Mesquite this past Friday. In the Jackrabbits, the Raiders face a team they may have the best chance of beating over the final two weeks. They will play Friday, Nov. 10 at Highland Park (5-0 in 15-5A) in the regular-season finale.

The Raiders’ scoring last week consisted of two Nicholas Figueroa field goals, as the offense was hindered by Corbin Johnson’s absence; he sat out the contest due to any injury.

That left a bulk of the workload on sophomore quarterback Zach Haaland, who finished the game 12-for-25 for 106 yards through the air, and he also rushed for a team-high 75 yards on 23 attempts. Mason Swanson was the Raiders’ other ball carrier, toting the pigskin 11 times for 19 yards.

Zack Young hauled in five passes for 45 yards to lead the East receiving corps, while Parker Millis had two receptions for 22 yards. Dylan Deere made one catch for 13 yards, Anthony Caro had one for 10 yards, while Swanson caught two for nine and Michael Messer had one for seven.

Subvarsity
Darrick McClendon scored two rushing touchdowns (three and 80 yards) in the freshman Blue’s 44-33 loss to West Mesquite, while Christian Johnson rushed the ball in from three yards out. Cade Adamson and Dillon LaRue hooked up from 20 yards out for a score, with Adamson also finding Collen Covington from 12 yards out for another touchdown.

Mental health issues have been a concern for students, their families, and educators exacerbated by the coronavirus pandemic. March of this year saw officials call for a national shutdown of public sp
View on Facebook
·Share