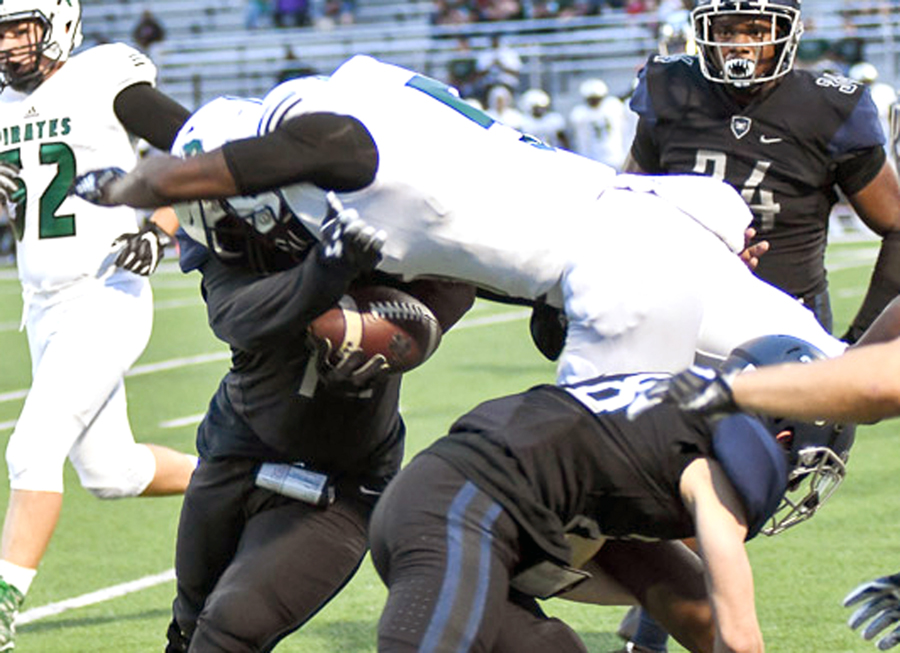 WYLIE — This weekend’s bye may have come at right time for Wylie East.

Considering these last two weeks haven’t been kind to the Raiders — two losses have them 0-2 in 15-5A — the break just might afford an opportunity to rest, get healthy and refocus. East will have a chance to see if the pause in play pays off on Friday, Oct. 13, when the Raiders travel to Royse City to battle the Bulldogs.

East will aim to avoid duplicating its most recent game, a 44-14 loss to Mesquite Poteet on Sept. 28 at Wylie Stadium.

Poteet opened last week’s scoring following Da’Michael Smith’s 53-yard punt return to East’s 11-yard. Three straight Dez Bridgeford smashes produced a touchdown, with him bulling over from a yard out on the last one. Emanuel Owens ran in the two-point conversion for an early 8-0 Pirate advantage.

East moved to Poteet’s 13-yard line on its next possession, one that featured Corbin Johnson taking a pass and rumbling 41 yards to the Pirate 14-yard line. However, it was all for naught as Poteet’s Dorian Morris intercepted a pass at the eight and returned it 92 yards for a touchdown and a 14-0 lead.

(To view the entire story, check out the Oct. 4 issue or subscribe online)