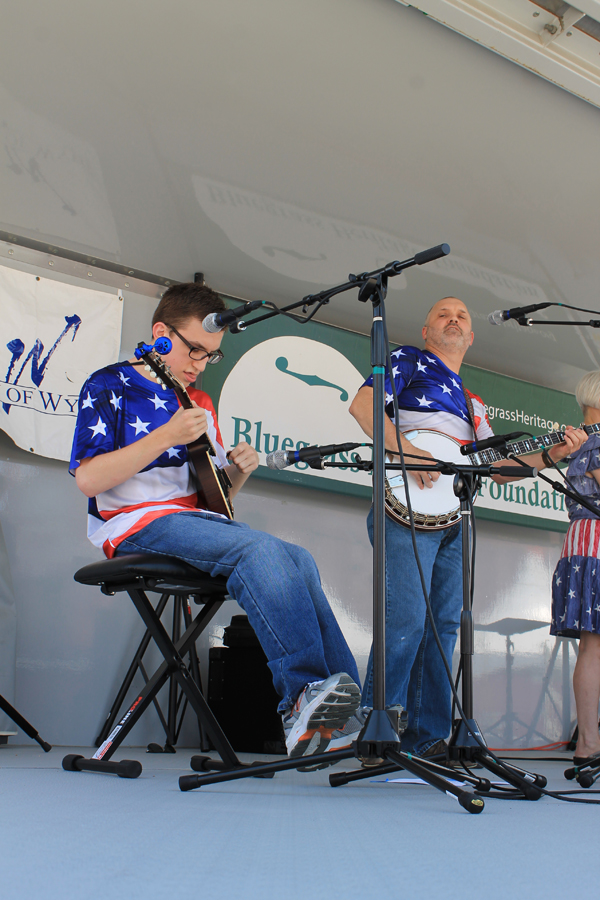 Bluegrass bands, a car show, chili cook-off and much more will be on tap at Bluegrass on Ballard June 27.

As many as 10,000 people are expected in Wylie for the annual Bluegrass on Ballard celebration slated for Saturday, June 27.

Musicians, classic car enthusiasts, chili cooks, vendors and thousands of attendees will pack downtown Wylie and are sure to find something to suit their fancies.

Most activities do not start until mid-afternoon and continue until 10 p.m., a time frame that allows the community to live up to the slogan “Wide Awake Wylie.”

Primary organizers are Downtown Wylie Merchants Association and the city of Wylie.

Downtown merchants president Jeremy Meier reports that the bluegrass festival is a continuation of Wylie Jubilee and musical event started 27 years ago. The format was changed from country music to bluegrass in 2013 and attendance has exploded.

“We could end up with 10,000 people this year,” Meier said. “We have brought people from all the surrounding cities and from surrounding states.”

The event is a boon to downtown merchants and restaurants who are swamped taking care of the influx of visitors.

“It’s the biggest shopping day of the year for many of the downtown stores,” Meier said.

Layout for the event is for a central stage to be set up at Oak and Ballard streets, classic and custom cars to be displayed on the north end of Ballard and branching off on Marble Street, and open microphones at 96 West Winery, First Baptist Church Special Events Center pavilion, Wylie Chamber of Commerce and the historic Brown House.

“A lot of people bring their instruments, like what they hear someone playing, and will join in,” Meier explained.

Performances on the central state stage at 3 p.m. and conclude about 10 p.m. Those attending are invited to bring lawn chairs to set up on the street and listen to the music.

The classic and custom car show is hosted by Dallas MOPAR Club and is open for all makes and models of cars, trucks and motorcycles which will be judged for a number of awards.

In 2014 the show drew 200 entries and that is expected to grow some this year. Cars will be displayed on Ballard starting at about the Ballard Street Café and extending north to Brown Street, then branching off of Maple Street to the east and west from Ballard.

“It’s shaping up to be the second biggest car show in the area,” Meier reported.

Many car show entries are pre-registered, but signups will be taken on the day of the show starting at 4 p.m. Entry fee is $20.

Vehicles are participant-judged during the show. Top awards include Mayor’s Choice and separate Best of Show for car, truck and motorcycle entries.

The American Legion heads up the chili contest and invites cooks to submit pots of their best chili prior to 10 a.m. at Olde City Park. Chili goes on sale at 10 a.m. and judging is by those who buy a bowl.

Although chili is on sale until 4 p.m., Meier reports that it was all sold in only a couple of hours last year.

Free pony rides for children, courtesy of North Texas Equestrian Center, will be offered from 10 a.m. until 10 p.m. on the south end of Ballard, and Wylie FFA is setting up a petting zoo in the park. Bounce houses for children will be set up in the park.

Vendors in the park and along Ballard will offer a variety of wares and food throughout the event.

“There is something for everyone,” Meier declared. “Wylie is a big town with a small town heart.”