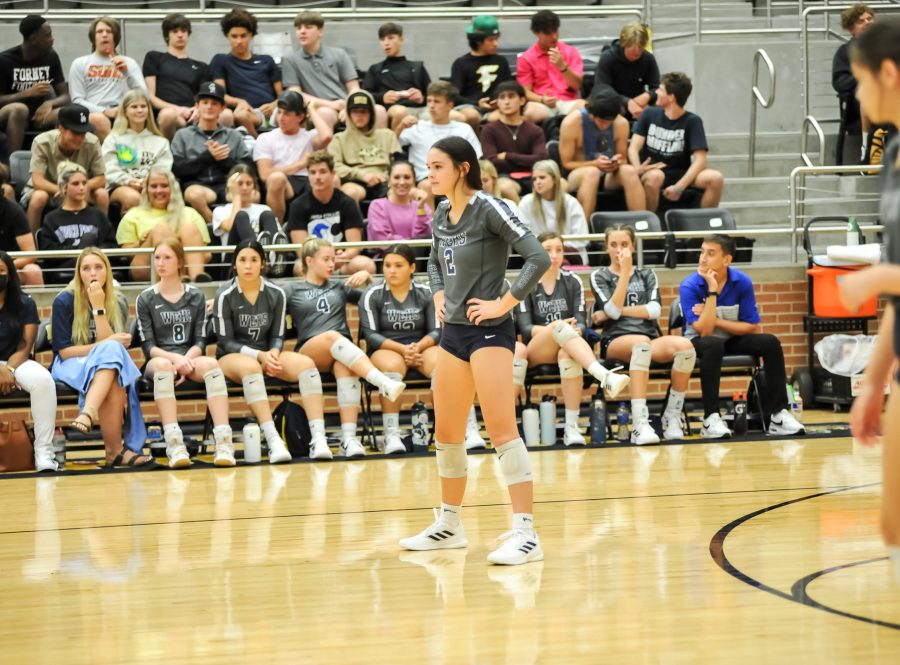 Making the move up to 6A, Nicole Calverley leads the Wylie East volleyball team as the interim coach after coaching the JV team last season. The previous head coach Lisa Curry resigned over the summer.

Calverley is excited to help lead the program in the transition and believes the team should be able to compete at a high level.

“We feel pretty good overall, with two juniors coming back as our setters and three starting freshmen returning to the team from last season,” Calverley said. “Our core group is all returning and with the new district we see a lot of potential in the team this year.”

East graduated four seniors from the 2021 team that went 16-16 overall and 9-5 against District 10-5A competition. Despite making the transition up to 6A, things might be a bit easier for Wylie East after competing in a district that featured back-to-back state champion Lovejoy and McKinney North, one of the top-ranked teams in the state last season as well.

“I think we can for sure finish very well in the district, if not compete for a district championship,” Calverley said. “We’ll be working hard to be in the conversation and compete at the top level.”

The Lady Raider’s three rising sophomores – Erika and Amy Hernandez and Julia Hicks – all are slotted in to start once again for the team in 2022. Erika Hernandez was named the District 10-5A newcomer of the year last season after impressing as the team’s starting middle blocker.

“They’ve all greatly improved from last season and are getting better every day,” Calverley said. “They’ll be big contributors for us along with several seniors for us who will step up as leaders for us as well.”